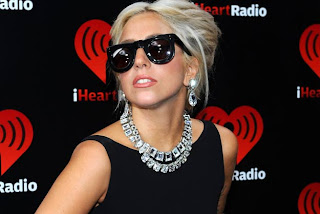 Lady Gaga Launches Social Networking Site 'Little Monsters', Lady Gaga is already the reigning queen of Twitter, with her nearly 19 million followers topping those of anyone else on the site. Now, she's launching a site of her own. Little Monsters, now in invite-only beta testing, is the pop princess's effort at creating a network built around her fan base -- which she's dubbed the aforementioned "monsters."
An early look at the site suggests it will be designed a lot like Pinterest, the fast-emerging mobile app that lets users "pin" locations and items that they like. Gaga's site also will emphasize sharing and creating photos and videos, as well as letting other users promote content from others that they like (something similar to sites like Reddit and Digg).
The site is the first project by Backplane, the startup where Lady Gaga's manager, Troy Carter, is one of four founders. The company will focus on online community-building.
"Backplane is about bringing together communities and Gaga's community just so happens to be the community we're using to learn about proper functionality," CEO Matt Michelsen said to Mashable, a CNN content partner. "We think we can really change the world."
When other sites are launched, Backplane allows user to switch back and forth among as many as they want.
Even with Gaga's massive social-media presence (she was the first artist to hit 1 billion YouTube video views), it remains an open question whether a social site devoted almost exclusively to her fans will have a big enough user base to fly.
At The Frisky, another CNN content partner, Tiffanie Drayton imagines chat on the site this way:
Little Monster 1: "Lady Gaga sure knows how to rock a bad-ass meat dress."
Little Monster 2: "I think that getup must have smelled horrible."
LittleMonsters.com Administrator: "Lady Gaga always smells like roses!" (squishes Little Monster 2) "Carry on with the idolatry you little monsters!"
via: CNN
Posted by News Hump at 07:53