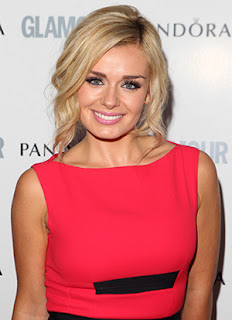 Buzz over unknown 'DWTS' contestant, Meet Katherine Jenkins, New 'Dancing With the Stars' Contestant, Katherine Jenkins isn't a household name in the U.S., but she has a very colorful past. "Dancing With the Stars" is back for its 14th season, and one cast member will be hitting a high note, literally. Katherine Jenkins is a Welsh opera singer who may not be a household name in the U.S., but in the U.K., she’s a huge star. Searches on the Web for the singer have already been topping the charts. Here's what you’ll need to know about the contestant.
She’s an opera superstar. The mezzo-soprano has topped the charts as a classical music diva: She’s sold the most opera albums in the U.K., and six of her albums have topped Britain’s classical charts. She’s also a crossover artist who excels in pop songs, operatic arias, and musicals.
She’s rich. Thanks to all those record sales, the singer is one of the U.K.’s wealthiest young people. The Sunday Times Rich List in 2010 estimated her net worth at more than $14 million.
She’s also a model. The blond beauty has graced the fashion runway as well as the opera stage. According to RadarOnline, before her singing career took off, she tried a career in modeling, and was named the Face of Wales 2000 and walked the runway in 2007 for Naomi Campbell's Fashion Relief fundraiser.
She’s single. She recently broke from Welsh TV host Gethin Jones after their two-year relationship. Late in December, she said on Twitter, “Sorry for being quiet of late, its just that I have some very sad news. Geth & I have decided to go our separate ways. We are both beyond brokenhearted. All your hugs & support will be much appreciated. xxx”
Watch Katherine's latest music video for her single "Break It to My Heart":