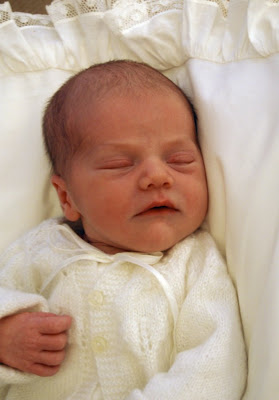 Swedish royals release first pictures of princess, The Swedish Royal Court has released the first close-up pictures of the Nordic country's newborn princess and future monarch. The royal court posted the pictures of Crown Princess Victoria and Prince Daniel's daughter Estelle Silvia Ewa Mary on its website Monday.
The photos show the sleeping princess wearing a white cardigan and were taken when she was four days old at the royal couple's residency at Haga Palace. 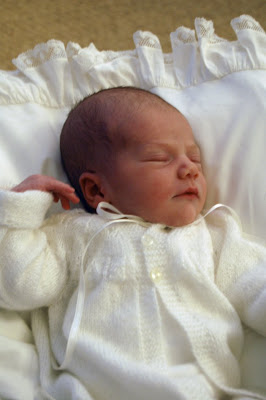 The princess was born in Stockholm on Thursday. As Victoria's first-born child, she is second in line to the Swedish throne.
Sweden's monarch is primarily a figurehead, representing the country as the head of state but with powers limited to ceremonial functions.
via: yahoo
Posted by News Hump at 05:37