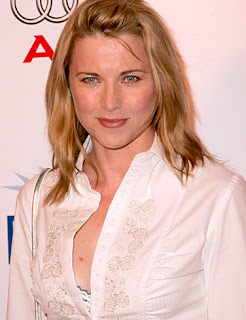 Xena actress Lucy Lawless arrested, Lucy Lawless and a group of Greenpeace activists were arrested four days after they climbed onto an oil-drilling ship to prevent it from leaving a New Zealand dock. Police removed the protesters from their perch atop a 174-foot drilling tower on the Noble Discoverer in Port Taranaki. Chartered by oil company Shell, the ship had been due to leave over the weekend to drill exploratory wells in the Arctic.
The Xena: Warrior Princess actress and six activists climbed the tower on Friday to stop the ship's departure and raise awareness about Arctic oil drilling.
All seven have now been charged with burglary. They have been released and are due to appear in court on Thursday.
The 43-year-old Spartacus actress, a New Zealander, spoke to The Associated Press from the tower on Friday, where she said wind gusts were making it difficult to stay put. She said she felt compelled to take a stand against oil-drilling in the Arctic and against global warming.
"I've got three kids. My sole biological reason for being on this planet is to ensure that they can flourish, and they can't do that in a filthy, degraded environment," she said. "We need to stand up while we still can."
In a series of tweets, Lucy had described some of the challenges of staying on the tower. "I found last night pretty darn scary," she wrote. "Not for sissies."
Rob Jager, Chairman of Shell New Zealand, said the protest put people in danger and he was pleased it was over. He said he remained disappointed that Greenpeace hadn't taken up the company's offer to engage in a "productive conversation".
Bunny McDiarmid, chief executive of Greenpeace New Zealand, said she thought the protest had gone "brilliantly" and that more than 100,000 people had contacted Shell to oppose the plans.
via: yahoo
Posted by News Hump at 07:55