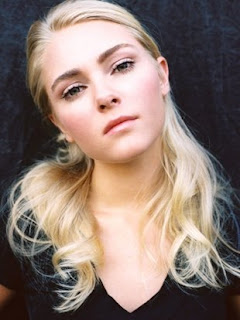 New actress cast to play Carrie Bradshaw, The CW Casts Young Carrie Bradshaw: AnnaSophia Robb, This up-and-comer is set to portray a younger version of the role made popular by Sarah Jessica Parker. The CW has cast its young Carrie Bradshaw. AnnaSophia Robb, best known for playing Violet in the 2005 Tim Burton feature "Charlie and the Chocolate Factory," will star in the network's "Sex and the City" prequel "The Carrie Diaries" pilot, The Hollywood Reporter has learned.
Based on the novel by Candace Bushnell, "Carrie Diaries" revolves around a young Carrie Bradshaw as she comes of age in the 1980s, asking her first questions about love, sex, friendship and family while exploring the worlds of high school and Manhattan.
Fake Empire's Josh Schwartz, Stephanie Savage and Len Goldstein ("Gossip Girl," "Hart of Dixie") will executive produce alongside Warner Bros. Television. Former "Sex and the City" scribe/co-producer Amy B. Harris will adapt the book and serve as showrunner. Miguel Arteta will direct the pilot.
The first book in Bushnell’s origin story was published last year and, like "Sex and the City," is told from Carrie’s point of view. It follows the aspiring writer through her relationship with Sebastian Kydd and rivalry with popular girl Donna LaDonna.
HBO owns the rights to "Sex and the City," with corporate cousin the CW hearing the pitch in September and immediately committing to the project. Robb's reps can only hope that this project will have the same impact on her career as "SATC" did for Sarah Jessica Parker's.
The young actress joins the previously cast "Running Wilde's" Stefania Owen, who will play Carrie's 14-year-old sister in the project.
In addition to "Charlie and the Chocolate Factory," Robb's credits include features "Because of Winn-Dixie," "Bridge to Terabithia" as well as "Jumper." The 18-year-old actress is repped by CAA, Untitled Entertainment and Schreck Rose.
via: yahoo
Posted by News Hump at 03:54