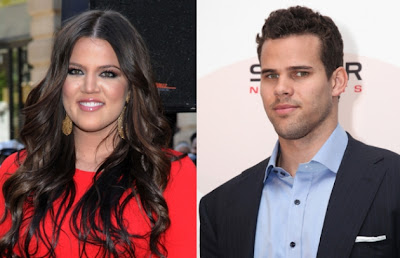 Khloe Kardashian slams Kris Humphries, Khloe Kardashian Explains Why She Disliked Kris Humphries From The Start: 'I'm A Very Good Judge Of Character', The reality TV star says sister Kim's ex was rude to her the very first time they met. It's no secret that Khloe Kardashian and Kris Humphries aren't the best of friends (the tense animosity between the reality beauty and her soon-to-be-former brother-in-law was palpable on all of the Kardashians' reality shows), and Khloe says her relationship with Kris got off on a bad foot right from the start.
"When I met Kris the very first time, I had just landed in New York and it was late at night ... and he was in Kourtney and Kim's suite," the 27-year-old told Jay Leno on Tuesday's "The Tonight Show with Jay Leno." "I went in there to say, 'Hi' because Kim was like, 'Oh, I want to introduce you to my friend,'" she recalled.
"They'd just started dating," Khloe explained.
Khloe, who is still happily married to Dallas Mavericks player Lamar Odom after tying the knot in 2009, said Kris instantly began to question the sincerity of her love for Lamar upon meeting.
"One of the first things that came out of [Kris'] mouth -- like within the first five minutes -- was, 'So, how much are you getting paid to fake your marriage? Like how long are you gonna keep this up for?'" she continued of Kris' first words to her.
Khloe found Kris' personal line of questioning to be highly inappropriate and the reality star said her guard instantly went up when it came to Kim's soon-to-be ex-husband.
"I was like, 'Dude, I don't know if you're trying to make me laugh?' It just rubbed me the wrong way," she explained. "So, ever since then, I had a very defensive wall brought up. I'm a very good judge of character, if I do say so myself, and he just rubbed me the wrong way initially."
via: yahoo
Posted by News Hump at 13:11