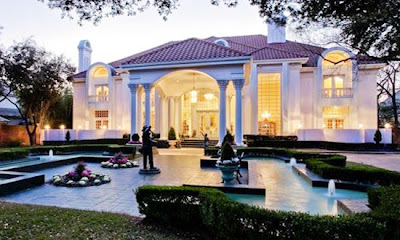 Mary Kay's hot-pink mansion for sale, Mary Kay's pink mansion for sale, The home of the late cosmetics mogul was once listed for $5.7 million, but it's much lower today. The sprawling Dallas home of Mary Kay Ash, founder of the immense Mary Kay cosmetics empire, can now be yours for a mere $3.3 million. Not sure whether a gigantic mansion made of pink is worth that much? Encompassing over 11,800 sq. ft., you'd only be shelling out around $278 for each square foot. That's not so expensive, right? That price point is quite a steal when you consider the mansion went on sale in 2007 for $5.7 million. The mansion comes complete with roughly an acre of land, which should be plenty for anyone with a passion for yard work.
Obviously, the mansion in Dallas, Texas has a lot more going for it than just its size. While the house is technically a single family home, it sports 8 baths, 7 fireplaces, and 6 bedrooms. The master bedroom is over 320 sq. ft. itself, so you should be able to fit most of your bedroom set — or the entire contents of your apartment — in that room without too much trouble. Plenty of landings and sweeping ceilings serve to enhance the mansion's use of space and leave plenty of wall space for hanging pricey artwork. 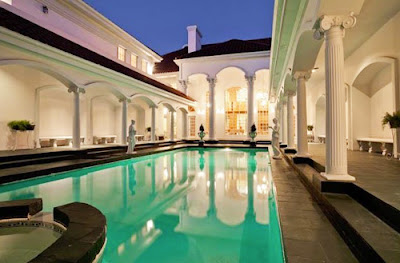 The home also boasts an incredible pool. The pool area features a cabana, cleaning system, and its own separated hot tub. The luxurious external swimming getaway is filled with columns, gorgeous tile, and even a couple statues to make sure you get that classical feel. Swim a few dozen laps to help stay fit and trim, or just lounge on the side to let your day's stress melt away. You could easily host a party or reception in this space alone, providing both cover from the sun and the chance to enjoy the sky in the same space. 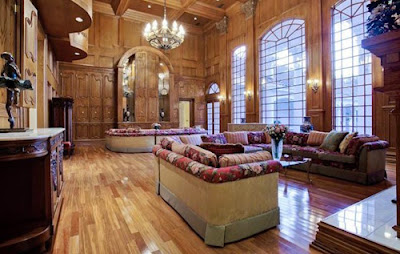 Mary Kay Ash founded the cosmetics company in September 1963 after being passed over for a promotion in favor for a man she'd trained herself. Since then, Mary Kay Inc. has become an immense empire, nationally recognized for its success in cosmetics. The founder considered the Golden Rule (Do unto others as you would have done to yourself) to be a guiding principle of her organization, and was well-known for her charitable efforts. Mary Kay Ash died in November 2001, 38 years after creating her company. Her legendary home carries on her spirit of living life to the fullest.
The home was designed by Dallas Design Group in 1984. Other noteworthy features include gorgeous wood carvings, 40' ceilings, and geothermal heat and air. Mary Kay herself actually moved out of the mansion in her later years. The mansion had an intermediate owner who enjoyed a more classical look, populating the mansion with antiques and oriental rugs, which is why many of the rooms have less pink that you might imagine. 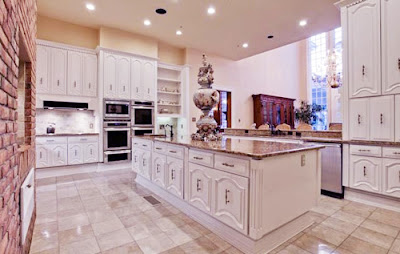 Why pink? That was the trademark color of Mary Kay and her organization. Successful Mary Kay representatives could even win themselves pink cars through great performance. The color surrounds the entire home, which could at least partly explain why realtors have had to drop the price so much through the years. If pink walls weren't enough, the buyer of this home will find even a pink quartz toilet. That's right, the $3.3 million mansion even has a pink commode.
When you're ready to disappear into your own pink mansion, you can maintain your privacy inside the heavily treed lot, tucked away behind an iron fence and automatic gate. Mary Kay's opulent mansion might not suit every taste, but it has a lot to offer for its $3.3 million asking price. Just remember: home is where the pink is!
via: yahoo
Posted by News Hump at 05:22