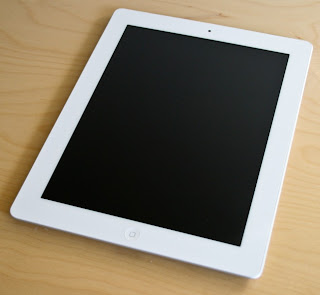 Apple iPad 3 Release Date Set for First Week of March 2012, Apple has reportedly chosen the first week of March 2012 to introduce its next-generation iPad, the iPad 3. The news comes from AllThingsD, which has an accurate and reliable track record in anticipating Apple's media events and product releases.
Sources said the Cupertino, Calif.-based company will hold its iPad 3 event in San Francisco, "presumably at the Yerba Buena Center for the Arts, Apple's preferred location for big events like these." If Apple holds true to tradition, it will make the tablet available for purchase roughly a week or so after the unveiling.
The news from AllThingsD confirms previous reports from within Apple's Asian supply chain, which said the iPad 3 would debut towards the end of February or early March and go on sale a week or so later.
The iPad 3 is said to run on an upgraded operating system, iOS 5.1, and feature longer battery life, improved cameras, and double the pixel density of its predecessor, with a "full HD" display resolution somewhere in the ballpark of 2,048 x 1,536 pixels. Apple reportedly achieved a greater and brighter display in the iPad 3 by adding two LED bars instead of one, which also reportedly solved several puzzles involving heat dissipation and battery consumption. Those LED issues had reportedly "affected the launch schedule" of the iPad 3.
An unnamed source who claims to be in possession of the iPad 3 also says Apple has built two different versions of the device, including a tablet that only uses Wi-Fi and one that is capable of Wi-Fi, embedded GSM, CDMA, and global LTE connections. The unnamed source procured the data using a development and debugging tool on the tablet called iBoot, which revealed model numbers "J1" and "J2," which had confirmed earlier reports that Apple's next-gen tablets would be codenamed "J1" and "J2."
The hacker's code also confirmed the existence of the quad-core A6 chip, which doubles the power and speed of the A5 chip currently found in the iPad 2 and iPhone 4S. The processor had the model number S5L8945X; for reference, Apple's A4 model number was S5L8930X, and the A5 chip was S5L8940X. The code said the A6 chip would appear in both versions of the iPad 3.
Earlier reports said the two iPad models might feature slightly different designs, sizes and specificiations, but that the "J2" model would be a "more ambitious" upgrade from the iPad 2 compared to the "J1." If these reports are true, the iPad 3 will be the first Apple device to include global LTE for all carriers. This would indeed make the "J2" model a far more ambitious tablet; Apple hoped to feature LTE in the iPhone 4S, but due to its short battery life, CEO Tim Cook said LTE was nixed from the smartphone because "first generation LTE chipsets force a lot of design compromises."
Apple reportedly found its LTE solution in December, when reports surfaced that Qualcomm was developing a new, thinner LTE chipset, which is considerably smaller than current LTE chipsets. The new chip was originally expected to debut in the second or third quarter of 2012, but it looks like Apple hastened the process so LTE is included in time for its next iPad.
Besides the updated and upgraded innards, the exterior of the iPad 3 is largely unknown. Yet, RepairLabs published a photo it claims to be the inside of the rear shell of the iPad 3, which reportedly has a narrower logic board to make room for an expanded battery. Yet, nobody knows whether the iPad 3 will be thicker, thinner, or the same 0.34-inch thickness as the iPad 2.
The new iPad 3 will likely make Apple's earlier tablets cheaper. Assuming Apple continues to sell the original iPad, the iPad 3 would cost about $499 (the current starting price of the iPad 2), while the iPad 2 would likely drop to about $399, and the original iPad to $299, or possibly even $199. If Apple decides to sell its two-year-old tablet for $199, it would undoubtedly KO most tablet competitors, including the $199 Amazon Kindle Fire and the $249 Barnes & Noble Nook Tablet, which both debuted last quarter. Both tablets earned decent reviews, but most critics still maintained Apple's tablet was the "premium option."
Apple announced its best quarter in the company's 35-year history on Jan. 24, with net income of $13.1 billion on revenue of revenue of $46.3 billion. In the final 14 weeks of 2011, Apple sold 15.4 million iPads, bringing the grand total to about 47.5 million iPads in 2011.
A spokeswoman for Apple declined to comment on the timing or nature of the event, stating that the company "does not comment on rumors or speculation."
via: ibtimes
Posted by News Hump at 09:35