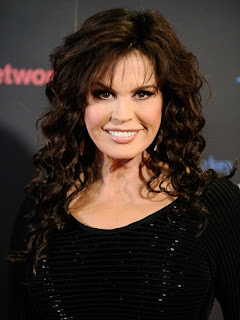 Marie Osmond to Replace Martha Stewart on Hallmark Channel, Marie replacing Martha?, Marie Osmond replacing Martha?, The network is finalizing a deal for Osmond to join the daytime lineup after Stewart's talk show was canceled earlier this month. Marie Osmond will replace Martha Stewart on Hallmark Channel this fall. A network spokesperson confirms that the channel is finalizing a deal with Osmond for a daytime talker to replace The Martha Stewart Show, which was canceled earlier this month.
“We think [Osmond] will be a fantastic addition to the channel and to our lifestyle offerings,” said Hallmark in a statement.
Osmond, who was a contestant on ABC’s Dancing with the Stars in 2007, performs in a Las Vegas variety show with her brother Donny Osmond. In 2008, she was among several celebrities in the mix to host her own talk show, but the project never got off the ground.
Stewart’s program will wrap its current and final season on Hallmark in May, and will air in reruns through the summer. But Hallmark declined to renew Stewart's talker, and sources cited it’s steep price tag as the overriding factor in that decision. The Martha Stewart Show is saddled with an expensive studio lease in Manhattan, which expires this year. Martha Stewart Living Omnimedia COO Lisa Gersh has said the company will shop for a more economical location or bring the production in-house. Of course, first MSLO needs to find a new TV home for The Martha Stewart Show.
The Martha-branded programming block launched on Hallmark in September 2010 at a hefty eight hours but was downsized a month later in the face of underwhelming ratings. It now stands at five hours.
Hallmark is still in discussions with MSLO about renewing the company’s other programs, which include Emeril’s Table and Mad Hungry with Lucinda Scala Quinn.
via: HR
Posted by News Hump at 07:49