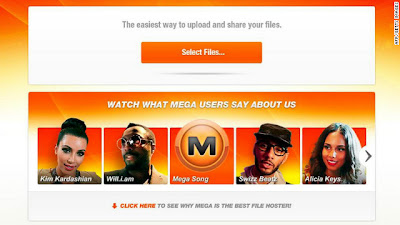 Megaupload files might still be saved, Megaupload users have gotten at least a two-week reprieve during which the file-sharing company says it hopes their files and other stored data can be retrieved, not deleted. The news comes days after a federal prosecutor said user data on the site, which is accused of knowingly hosting illegally pirated material, could be deleted as early as this week.
Megaupload's attorney now says the companies that own the servers where the files are stored have agreed to wait while a solution is pursued.
"Carpathia and Cogent agreed to preserve consumer data for additional time of at least two weeks so #Megaupload can work with US on proposal," attorney Ira Rothken said late Monday on Twitter.
One of those companies, Carpathia Hosting, said Tuesday that it's working with Internet-rights group Electronic Frontier Foundation to help users get their data back.
"Although Carpathia does not have, and has never had, access to the content on Megaupload's servers, the hosting provider wants to assist lawful users of the Megaupload service by promoting EFF and its nonprofit legal services," the company said in a statement.
The company has created a website, megaretrieval.com, to help those users.
Federal prosecutors on Friday had said files, presumably including perfectly legal ones, may be deleted, starting as soon as Thursday.
"It is our understanding that the hosting companies may begin deleting the contents of the servers beginning as early as February 2, 2012," U.S. Attorney Neil H. MacBride said in a letter filed in federal court.
The letter, submitted Friday in the Eastern District of Virginia, says that government investigators had finished executing search warrants at centers where Megaupload and MegaVideo files are stored.
MacBride wrote that the government copied some data but didn't remove any. Now that the search has been finished, the government no longer has access to the servers, he said.
Seven people associated with the popular site were indicted this month on charges that they knowingly operated an "international organized criminal enterprise" allowing worldwide sharing of illegally pirated movies, music and other media. Attorneys for Megaupload, which is based in Hong Kong, have denied the charges.
The indictment alleges the company has denied copyright holders an estimated $500 million and that those indicted have earned roughly $175 million in the process.
Lost in the shuffle, though, may be millions of legitimate files stored on the site by its users.
According to the government's indictment, Megaupload has claimed more than 180 million registered users in its five-year existence. While some of those users say they went to the site to look for movies, television shows and other material that may be copyrighted, numerous others have complained that they've lost access to personal and professional materials stored there.
In the Carpathia statement, an attorney for the Electronic Frontier Foundation said the group is "troubled" that lawful users have "had their property taken from them without warning and that the government has taken no steps to help them."
"We think it's important that these users have their voices heard as this process moves forward," said Julie Samuels, a staff attorney at the foundation.
via: cnn
Posted by News Hump at 10:20