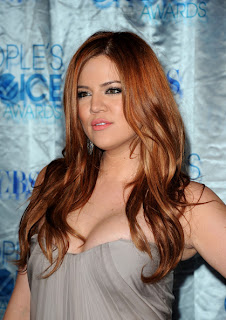 Khloe Kardashian takes Lamar's kids to Maverick's game, Khloe K. & Mavericks game, On Sunday, Khloe Kardashian Odom was supporting her husband Lamar Odom at his basketball game. Her brother Rob Kardashian was along for the game, but fans were excited to see Lamar's kids with them as well. Did you watch the game Oklahoma City fans? The Dallas Mavericks are only about 4 hours away from Oklahoma City.
In new pictures, you can see Khloe hanging out with the kids and watching Lamar play for the Dallas Mavericks. She is sitting by his daughter Destiny while Lamar Junior is sitting in front of them with Rob Kardashian. Lamar had a lot of support there for his game today.
The four seemed happy and cheering for Lamar Odom. They had some great family time while they watched the Dallas Mavericks play. It looks like Rob is enjoying his time in Dallas, Texas. He has been there filming for 'Khloe & Lamar' plus spending some family time with his sister.
via: examiner
Posted by News Hump at 08:29