Baby Ayla Case Breakthru: Blood Of Baby Found In Father's Home (VID), Grim Baby Ayla development, Blood found in the Maine home of Justin DiPietro is from his 20-month-old daughter, Ayla Reynolds, who has been missing since Dec. 17, state police said. A spokesman for the Maine State Police confirmed Sunday blood samples taken from the home in Waterville last month belong to the little girl, the Bangor Daily News reported.
Ayla was last seen in DiPietro's home where she lived.
Maine Department of Public Safety spokesman Stephen McCausland would not say how much blood there was or exactly where it was found. 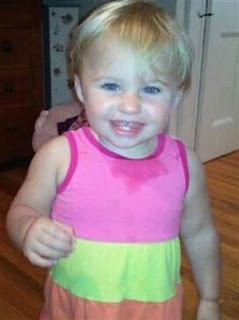 McCausland confirmed media reports saying investigators believe DiPietro, his sister Alisha DiPietro, 23, and his girlfriend Courtney Roberts, 24, have not told police everything they know about the night Ayla disappeared.
Ayla's mother, Trista Reynolds, had raised the child for 18 months but she was forced by the state to place Ayla in DiPietro's full-time care when she checked into rehab. Reynolds had filed for sole custody the day before the little girl disappeared.
via: pc
Posted by News Hump at 11:24