Kim Kardashian Admits "I Failed" at Marriage on Season Finale

Kim Kardashian Admits "I Failed" at Marriage on Season Finale 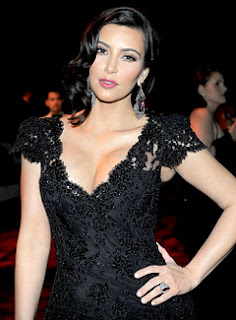 Kim Kardashian Admits "I Failed" at Marriage on Season Finale, She tearfully says marriage to Kris Humphries makes her "feel so dead inside", As hard as Kim Kardashian tried, her 72-day marriage to Kris Humphries couldn't have been further from a fairytale, and on Sunday's season finale of Kourtney and Kim Take New York, the 31-year-old reality star realized that the hard way.
Forced to confront NBA player Humphries, 26, in their final days in the city, Kardashian attempted to reconnect with her then-husband, but in the end, her bitter attitude got the best of her.
"Sometimes I feel so dead inside because I haven't really been myself here. I feel like we went from so much wedding stress and came here a couple of days later. It's definitely been a lot to deal with that I don't think I was really prepared for," she told Humphries during an emotional confrontation with her beau, who agreed their relationship "got a little lost in the shuffle."
Later, after Kardashian freaked out over Humphries moving his belongings into her home in L.A. and Kourtney called her a "bitch" for her behavior -- the reality star reached her breaking point.
"I invited all these people to this huge wedding and flew everyone out, wasted everyone's time and everyone's money -- everyone's everything -- and I feel bad! At 30 years old, I thought I'd be married with kids and I'm not. I failed at this," she tearfully told Kourtney, 32, during a wide-ranging meltdown that also included a phone call to sister Khloe, 27.
"I feel awful that I made him move out here and change his whole life. I feel sad, I feel bad for the guy. He fell in love with me and I fell in love with him and now all my feelings have changed," she bawled.
While Humphries was the one to actually contemplate a divorce on Sunday's finale during a conversation with a pal, it was Kardashian who filed papers on October 31, shortly after filming wrapped.
"These past couple months have been such a growth experience for me. I just feel like I always had this vision of what my life would be like," she reasoned when packing her bags to leave New York City. "I wanted babies and this fairytale. I wanted to be married by 30 and everything I envisioned my life to be is not really the fairytale I wanted it to be."
via: um
Posted by News Hump at 08:54