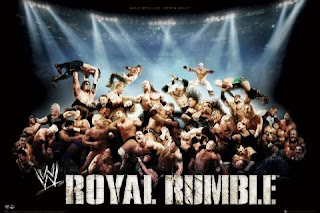 WWE Royal Rumble Preview, The 2012 WWE Royal Rumble kicks off Sunday, Jan. 28, 2011, and the card seems a little underwhelming due to no one really being announced for the Rumble itself. There has been almost no promotion for the Rumble match outside of Miz and R-Truth fighting on WWE Monday Night Raw for the No. 1 spot and Mick Foley getting in.
Here is a look at what you can expect to see from the Royal Rumble on Sunday night. We'll start off with the actual matches.
WWE Championship: CM Punk vs. Dolph Ziggler with John Laurinaitis as the special referee
John Laurinaitis said two weeks ago that he was going to screw over CM Punk at the PPV but then found out Triple H was going to come out on WWE Raw the next night and access the job he has been doing as the Interim General Manager. Well, we know Triple H hates Laurinaitis (storyline) but I don't think it is time to take him out of the role because things just got interesting.
As for this match, I see Laurinaitis reluctantly counting the three count for Punk, hoping to save his job.
WWE World Championship Cage Match: Daniel Bryan vs. Big Show vs. Mark Henry
I love Daniel Bryan's new character. He is a cheater who takes the easy (or smart) way out when facing larger athletes like Big Show and Mark Henry. However, what makes him great is that he still fights them and won't back down till they get the upper hand. I guess the term to describe it is scrappy. But his new arrogant attitude is awesome and he might be the best bad guy on Smackdown right now.
I see Bryan leaving the Royal Rumble with his belt after Show and Henry pull off some amazing move that allows Bryan to escape the cage.
John Cena vs. Kane
I'm not sure what they are going with here. Kane wants Cena to embrace the hate and pretty much took out Zack Ryder for a while. Cena looked like he was teetering on the edge on WWE Monday Night Raw after that. I don't think the WWE will turn Cena bad because it's bad for money. I see Cena brawling for his life against Kane but doing the right thing and winning, as boring as that sounds.
Royal Rumble Match
I have heard that one surprise entrant will be Hacksaw Jim Duggan and that Brodus Clay will get his entire entrance. Other than that, The Miz is the number one entry and Mick Foley is in it as well. So, who will win the Royal Rumble?
My list of possible winners is limited to Chris Jericho (to challenge CM Punk) or Randy Orton (to challenge Daniel Bryan). That's all I am giving credit to here. There are other people who could use the push, like Cody Rhodes, but I'm afraid we'll see Cody fighting his brother at Wrestlemania. There is also the chance that The Miz lasts to the end, but his recent losing streak would make that hard to accept.
If you want one surprise winner, a long shot, I'd go with Dolph Ziggler. Yeah, he is fighting CM Punk for the WWE Championship but they said everyone is eligible to fight in this year's Royal Rumble and Ziggler has fought in multiple matches at a few PPV's over the last year. If he loses to Punk, I can see him returning for the Rumble and setting up another match for the title at Wrestlemania.
via: yahoo
Posted by News Hump at 04:39