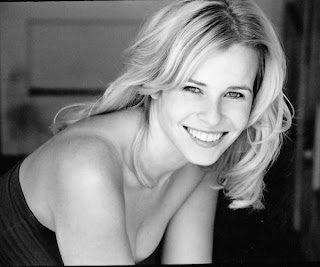 Chelsea Handler injures back, Chelsea Handler In Back Brace After Night Of Partying, Chelsea Handler's partying leads to injury, Handler wearing back brace, Comedian Chelsea Handler is sporting a back brace after injuring herself during a night out on the town last weekend.
The funnywoman was partying with pals at New York City nightclub Provocateur on Friday when her back gave out as she danced into the early hours of the morning.
And Handler admits the pain was so severe, she had to see a medic and get a cortisone injection to ease the swelling.
During an appearance on US morning show Live! With Kelly on Friday, she explained, "I wouldn't call it dancing, what I was doing... I do this glide where I'm really happy. And I sit when I'm dancing because I like to hold onto something stable - either a person or a piece of equipment. I had to get steroids... I'm not kidding. I have a back brace on right now."
Baffled TV presenter Kelly Ripa was just glad Handler was doing OK, joking, "When I hugged you I thought you were wearing a bullet proof vest."
via: yahoo
Posted by News Hump at 04:47