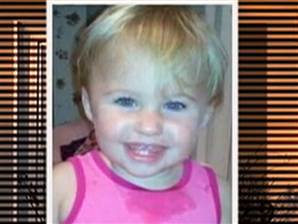 Grim development in Baby Ayla case, Police in Maine are awaiting test results to confirm whose blood was found in the basement of the home of Justin DiPietro, whose 20-month-old daughter, Ayla, went missing while in his care six weeks ago. Veronica de la Cruz reports.

>> this morning in the case of missing baby ayla reynolds. the 20-month-old disappeared from her father's home in maine six weeks ago. now police confirm that they found blood in the basement of that home. nbc's veronica de la cruz reports.
>> my reaction is i'm still trying to concept the exact that blood was found. of my daughter's. that's my reaction, okay?
>> reporter: police say they aren't sure whose blood it is they found in the basement of justin dipietro's house, father of missing 20 yield ayla reynolds, or how long it's been there. they are still convinced there was foul play in ayla 's disappearance and they're not getting the whole story from the three adults who were there when she went missing, including dipietro, his girlfriend and his sister.
>> that someone came in that back door, snuck in her bedroom, took her, vanished in the middle of the night , and none of those three adults heard or saw anything. that's very frustrating. we think they know more than they're telling us.
>> reporter: both of the missing girl's parents attended a vigil on saturday. after six weeks of searching and finding no trace of ayla police don't have any immediate plans to keep looking.
>> we're no closing to finding ayla today than they were on december 17th .
>> reporter: while a mother continues to hold out hope, despite today's grim news.
>> i want to know what happened to my daughter. and i want to know where she is. and who took her.
via: msn
Posted by News Hump at 10:28