Whitney Houston's dress to be auctioned

Whitney Houston's dress to be auctioned 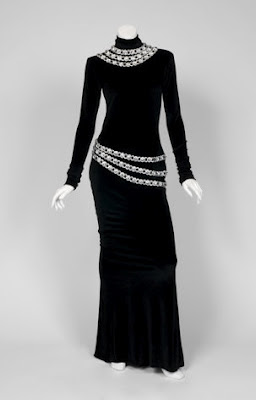 Whitney Houston's dress to be auctioned, Whitney Houston's dress, earrings up for auction, The late star's velvet dress and a pair of earrings she wore in "The Bodyguard" will go on the block. There had to be an auction, but so soon? A black velvet dress that belonged to Whitney Houston and a pair of earrings she wore in "The Bodyguard" will be sold to the highest bidder next month. Celebrity auctioneer Darren Julien said Sunday the pieces and other Houston items became available after the singer's unexpected death on Feb. 11 and will be included among a long-planned sale of Hollywood memorabilia such as Charlie Chaplin's cane, Clark Gable's jacket from "Gone With the Wind" and Charlton Heston's staff from "The Ten Commandments."
Julien said celebrity collectibles often become available after their namesakes die.
"It proves a point that these items, they're an investment," Julien said. "You buy items just like a stock. Buy at the right time and sell at the right time, and they just increase in value."
But could it be too soon to profit from Houston's passing? She was just buried on Saturday.
"It's a celebration of her life," Julien said. "If you hide these things in fear that you're going to offend someone — her life is to be celebrated. These items are historic now that she passed. They become a part of history. They should be in museums. She's lived a life and had a career that nobody else has ever had."
Houston is "someone who's going to maintain a collectability," he said. "For people who are fans of Whitney Houston and never would have had a chance to meet her and never got to talk to her, these are items that literally touched a part of her life. They are a way to relate to her or be a part of her life without having known her."
The singer's floor-length black dress is valued at $1,000 but likely to collect much more. Same goes for the vest she wore in "The Bodyguard," listed at $400, and the faux-pearl earrings that start at $600.
Houston fans and other collectors can bid online, by phone or in person during the "Hollywood Legends" auction on March 31 and April 1. Lots will be shown during a free public exhibition beginning March 19 at Julien's Auctions in Beverly Hills, Calif., just blocks from the Beverly Hilton Hotel, where Houston died at age 48.
via: yahoo
Posted by News Hump at 10:23