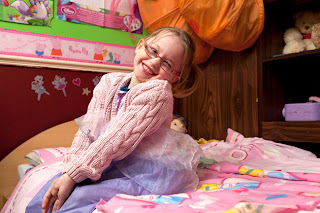 Five-year-old boy opts to become a girl, Five-year-old boy becomes a girl, A boy who rejected his gender is now living as a girl with the support of his family, doctors and school. A five-year-old boy who rejected his gender is now living as a girl with the support of his family, doctors and school.Zach Avery was three when he started questioning his gender, and began wearing dresses and ribbons in his hair.
Following a psychological evaluation he was diagnosed with Gender Identity Disorder (GID), and has now been living as a girl for more than a year.
The disorder is a conflict between a person's physical gender and what they identify as. It prompts Zach to feel like a girl trapped in a boy's body.
According to his mother Theresa Avery, until the age of three Zach was a regular boy who loved Thomas the Tank Engine, but suddenly he became obsessed with Dora the Explorer and started dressing in girls clothes.
Ms Avery, who has three other children, told the Daily Telegraph that Zach's anguish at being a boy was such that "he used to cry and try to cut off his willy out of frustration."
Eventually NHS doctors officially diagnosed Zach with GID, one of the youngest affected children in the UK.
Ms Avery said: "They told us that although he had a male body, his brain was telling him he was a girl."
Zach's primary school now addresses him as a girl and has changed the toilets to Unisex.
Ms Avery said the school has been very supportive and Zach had experienced no bullying from other children.
"We explained to the other kids at the school that Zach's body was that of a boy but in his brain he was a girl. We said Zach was just happier being a girl than a boy," Ms Avery told the Daily Telegraph.
According to the Tavistock and Patman Foundation Trust in London, where Zach was diagnosed, 165 children received a GID diagnosis in the past year, of which only seven were under the age of five.
A spokesperson for the Trust said: "The trend in referrals has been up over the years - this may reflect greater awareness.
"In general when younger children are referred it is in relation to cross gender preferences in play, play mates and activities. It is more unusual for children of this age to express cross gender identification."
via: yahoo
Posted by News Hump at 04:47