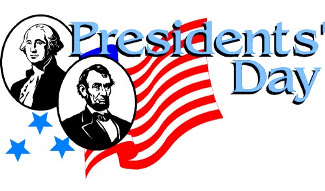 Celebrate Presidents Day 2012, President's Day, Holiday honors the office, but shopping is king, As is the case with most federal holidays, Presidents Day has evolved into standard fare: a day off, giving folks ample time to head to the mall and big box stores to buy 42-inch HD TVs, mattresses, clothes and whatever else until they drop.
But Presidents Day has somewhat of a quirky history. It was the first federal holiday to honor an American citizen, President No. 1 George Washington, on his February 22 birthday.
What’s odd is while Prez Day remains steeped in its roots of celebration of Washington’s birth, it’s commemorated between February 15-21, never falls on his actual birthday. George Washington’s Birthday as a federal holiday was originally implemented for District of Columbia federal offices in 1880. It gained this status in all federal offices five years later.
A push to honor all presidents took place in 1951, when Southern Californian Harold Stonebridge Fischer formed the Presidents Day National Committee. Fischer, who would go on to become national executive director of the organization for two decades, desired to honor the office of the president, not just Washington. Staging the holiday on March 4, the first inauguration day, was kicked around for a while. But that proposal went nowhere and eventually died in the Senate Judiciary Committee, which controlled national holidays.
The SJC believed that Presidents Day, Abraham Lincoln’s Birthday and Washington’s Birthday would constitute holiday overload. Still, governors of several went ahead and proclaimed March 4 as Presidents Day. The scene changed in 1971.
At that time, February 12 and 22 were federal public holidays feting Lincoln and Washington, respectively. President Nixon proclaimed that one holiday covering all three presidents be observed on the third Monday in February, putting three holidays in one nice, neat package.
This would eventually become a boon to retailers across the country as Presidents Day has become one of the biggest shopping days of the year.
It’s the product of the Uniform Monday Holiday Act, in which supporters wanted to move all federal holidays to Monday to spur business. That movement first started gaining traction in 1968 and is now a fixture in American society.
Presidents Day manifests itself in different ways in other states.
In Alabama, the third Monday in February honors the birthdays of Washington and Thomas Jefferson, never mind that the latter was born in April. The third Monday in February is George Washington’s Birthday and Daisy Gatson Bates Day in Arkansas and is an official state holiday.
Gatson Bates was an Arkansas civil rights activist and newspaper publisher who advised the Little Rock Nine, the African-American students who integrated Central High School in 1957. Gatson Bates, who died in 1999, a week shy of her 85th birthday, became president of the Arkansas Conference of the NAACP branches in 1952.
History aside, if you're not in the mood to celebrate Presidents Day by going shopping at some mall? Here are some events happening around San Diego County:
Presidents Day Senior Swimming Classic February 17-20, Poway Community Swim Center: This contest, sanctioned by San Diego-Imperial Swimming and USA Swimming, features plenty of events, with USA Swimming athletes competing. (858) 668-4680 for more information.
2012 California Winter Games Ice Hockey February 17-20: The tournament features youth teams from several levels and numerous locations, including a squad from La Jolla. The action takes place at UTC Ice Town, Salvation Army Kroc Center, San Diego Ice Arena and Escondido Iceoplex. It’s too late for teams to register, but fans and relatives can still come by to watch the action. Who knows? There might be a future NHL player or two in the fray. (619) 223-2033, calstategames.org
Presidents Day Classic hosted by UC-San Diego “Air Squids,’’ February 18-19, UCSD campus: For the 25th year, ultimate teams from across the country will clash in a tournament. San Diego State, UC-Davis, UCLA, Chico State and UC-Santa Cruz are just a few of the universities competing. Just so you know, ultimate combines soccer, football and basketball --- and is played with a Frisbee. It’s played in 35 countries and some 25,000 athletes worldwide partake in the sport.
via: sandiego
Posted by News Hump at 05:34