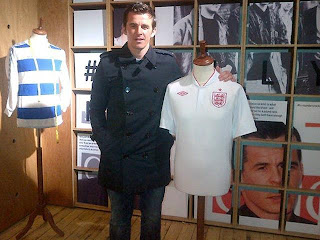 Barton leaks pics of new England kit, Euro 2012 - Barton leaks pics of new England shirt, QPR's Joey Barton leaked pictures of England's new football strip days before its official unveiling. The Queens Park Rangers midfielder posted a picture of himself on Twitter next to the new shirt, which is white with simple red piping, a red England badge and a red makers' logo.
Barton was reportedly invited to a private viewing of the new kit by shirt makers Umbro, and posted pictures of himself standing next to a mannequin sporting the new gear. 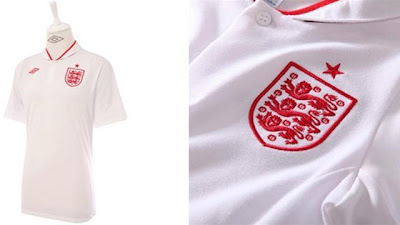 The shirt makers, having had their embargo broken by the outspoken star, then had little choice but to release more pictures of the new shirt via their official website.
via: yahoo
Posted by News Hump at 06:01