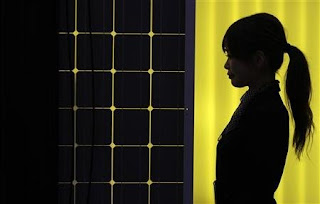 Scientific discovery inspired by ponytails, Rapunzel number helps scientists quantify ponytails, The "Rapunzel Number" may help crack a problem that even perplexed Leonardo da Vinci 500 years ago. British scientists said on Friday that a "Rapunzel Number" may have helped them to crack a problem that has perplexed humanity since Leonardo da Vinci pondered it 500 years ago.
Scientists from the University of Cambridge and the University of Warwick said they had devised a "Ponytail Shape Equation," which when calculated using the Rapunzel Number and a measure of the curliness of hair can be used to predict the shape of any ponytail.
Cambridge's Professor Raymond Goldstein told Reuters that he and his colleagues took account of the stiffness of individual hairs, the effects of gravity and the average waviness of human hair to come up with their formula.
The Rapunzel Number provides a key ratio needed to calculate the effects of gravity on hair relative to its length.
"That determines whether the ponytail looks like a fan or whether it arcs over and becomes nearly vertical at the bottom," Goldstein said in a telephone interview.
The research also took into account how a bundle of hair is swelled by the outward pressure which arises from collisions between the component hairs.
Scientists said the work has implications for understanding the structure of materials made up of random fibers, such as wool and fur and will have resonance with the computer graphics and animation industry, where the representation of hair has been a challenging problem.
"Our findings extend some central paradigms in statistical physics and show how they can be used to solve a problem that has puzzled scientists and artists ever since Leonardo da Vinci remarked on the fluid-like streamlines of hair in his notebooks 500 years ago," Goldstein said.
The research was conducted by Goldstein, Professor Robin Ball from the University of Warwick and their colleagues. It will be presented to the American Physical Society in Boston on February 28.
via: yahoo
Posted by News Hump at 23:36