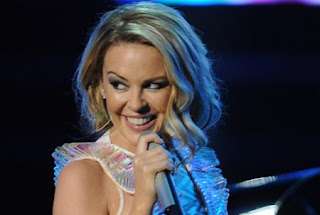 Kylie Minogue on Twitter stalker, Kylie Minogue alerts police over threats from Twitter stalker, Australian pop star Kylie Minogue apparently had to get in contact with the police after a Twitter stalker got a little too creepy, according to the singer’s latest tweets.
Minogue didn’t get into specifics, but she said that one of her Twitter followers, who she calls a “deluded weirdo”, allegedly made threats against the pop star. The threats were apparently malicious enough that Minogue got spooked, and called in the police.
Minogue said to her Twitter followers earlier this week: “I love 1,033,861 of you LOVERS, but 1 is not a lover, just a deluded weirdo making threat #andthatdoesnotmakeyouspecial So..police alerted.”
This isn’t Minogue’s first run-in with threats from a creepy stalker. Back in 2003, Minogue reportedly received several threatening letters. What’s worse is that the letters were sent directly to her home, which understandably got the singer very worked up.
Minogue’s most recent tour, the “Aphrodite World Tour”, wrapped up in 2011. The pop star is said to now be working on a new compilation album featuring reworkings of some of her most famous tracks throughout the years, from more recent to the distant past.
via: inquisitr
Posted by News Hump at 08:08