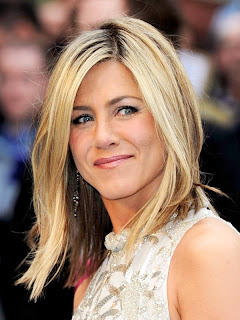 Jennifer Aniston turns 43, Jennifer Aniston turns 43 years old on Saturday, February 11. Celebrate Jennifer Aniston's 43rd Birthday with a Fun Trivia Game: How Much Do You Know? The popular actress has a lot to celebrate this year. The former "Friends" star is reportedly house hunting with boyfriend Justin Theroux, and they are said to be close to purchasing a $22 million home in the Bel-Air neighborhood of Los Angeles.
The couple met on the set of "Wanderlust" and have been dating since May. The actress said she's in a "joyful" and "peaceful" place in her life, and that she is "wiser when it comes to love."
If you're a fan of the beautiful celeb, how much do you know about her career and personal life? Take this multiple choice trivia quiz to find out.
1. The "Horrible Bosses" star's father John Aniston has been on which long running daytime soap?
a. "All My Children"
b. "Days of our Lives"
c. "General Hospital"
d. "The Bold and the Beautiful"
2. Before the Emmy Award-winner became a successful actress, she had several part-time jobs. In which of these difficult jobs did she work?
a. waitress
b. bartender
c. nanny
d. maid
3. On the television sitcom, "Friends," the stunning star worked as which famous upscale department store?
a. Barney's New York
b. Saks Fifth Avenue
c. Bergdorf Goodman
d. Bloomingdale's
4. In 2008, the "Love Happens" star dated which musician?
a. John Mayer
b. Chris Robinson, lead singer of the Black Crowes
c. John Legend
d. Adam Duritz frontman of the Counting Crows
5. In the 1999 film, "Office Space," Jen's character worked at which restaurant?
a. Chili's
b. Applebee's
c. Chotchkie's
d. T.G.I. Friday's
6. The "Along Came Polly" star was named the Hottest Woman of All Time by which magazine?
a. Men's Health
b. Maxim
c. Cosmopolitan
d. Playboy
Answers
1. b. Jen's dad, John Aniston, has played the part of Victor Kiriakis on "Days of our Lives" for over a quarter century.
2. a. The birthday girl worked as a waitress, as well as a telemarketer before she was famous.
3. d. Aniston's character on "Friends," went to work for Bloomingdale's department store.
4. a. The "Marley & Me" star dated singer John Mayer off and on in 2008, until finally splitting in March of 2009.
5. c. The former wife of Brad Pitt worked at a restaurant called Chotckie's in "Office Space." It was modeled after the famous restaurant chain T.G.I. Friday's.
6. a.. The "Love Happens" actress was voted Hottest Woman of All Time by Men's Health, beating out some of the most iconic females in the history of Hollywood, including Marilyn Monroe and Raquel Welch.
via: yahoo
Posted by News Hump at 22:26