'The Bachelor' 2012: viewers have chance to be part of live taping

'The Bachelor' 2012: viewers have chance to be part of live taping 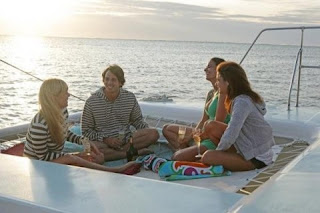 'The Bachelor' 2012: viewers have chance to be part of live taping, he Bachelor: Courtney is hoping to be Ben’s fiancee, 'Bachelor' & live taping, Ben Flajnik will have special rapport from Courtney Robertson during Monday’s episode of the highly successful ABC show The Bachelor. Ben has the task of proposing to one lady and Courtney is ensuring that the lady will be her.
Speaking about the possibility of being the ultimate fiancée, Courtney said that, “I can definitely see myself getting married here.” She later added that, “This is the best way I can think of to show Ben how I feel about him.”
Speaking directly to Ben, Courtney asked him that they should exchange vows. Ben was shocked as asked the question “Do you have rings, too?”
Courtney seemed well prepared for the drama and quickly added replied “Maybe I do.”
Before Ben gets to make that important decision, he will have to meet the parents of the remaining contestants. That will take him to the family homes of contestants Casey B., Lindzi, and Nicki.
Ben will have some trouble because almost all his future parent in-laws have some reservation about him walking their daughters down the aisle.
The Bachelor is exclusive to the ABC and is one of the highly successful shows in the United States.
via: tha
Posted by News Hump at 10:57