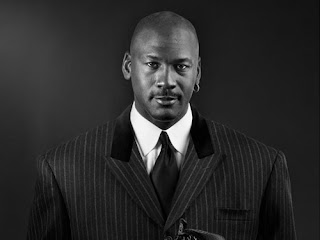 Michael Jordan Slams Chinese Retailer, Michael Jordan Lawsuit against Qiaodan Sports Co., Basketball star Michael Jordan has cried foul against a sportswear chain here, saying it is improperly using the Chinese version of his name. Qiaodan Sports Co. has profited by illegally using his name on its marketing materials and products since the 1980s, Mr. Jordan said in a prepared statement. Qiaodan is pronounced approximately as cheow-DEN.
Mr. Jordan filed suit in China—the latest dispute over intellectual property in the country.
Qiaodan Sports, based in the coastal province of Fujian, sells athlete-branded basketball shoes and jerseys in its 5,715 retail outlets in China and is preparing to raise 1.1 billion yuan ($175 million) in a public listing in Shanghai. The company posted profit of 341.5 million yuan on 1.7 billion yuan in revenue for last year's first half.
Qiaodan Sports said it has the exclusive right to the Qiaodan trademark and is operating "in accordance with Chinese laws." A Qiaodan Sports spokesman declined further comment Thursday.
"I feel the need to protect my name, my identity, and the Chinese consumers," Mr. Jordan said in a video on a website devoted to his claims. "It's about principle—protecting my identity and my name," he said. Any damage award would be invested in promoting basketball in China, he said.
Naming rights and trademarks long have been issues in China. General Motors Corp. in 2005 reached a settlement with Chery Automobile Co. after GM said the Chinese company's name was too similar to "Chevy," the nickname for GM's Chevrolet brand. Such battles have been in the spotlight recently as foreign companies rush to tap China's growing consumer culture. Apple Inc. is in court in China over whether the company holds the iPad trademark.
Many sports companies here also are looking to capitalize on the sudden popularity of National Basketball Association surprise standout Jeremy Lin, selling T-shirts and jerseys bearing his name. China's Wuxi Risheng Sports Utility Co. says it reserved the rights last year to use his Chinese name, Lin Shuhao.
Qiaodan Sports first registered for the rights to use Mr. Jordan's Chinese moniker in 1997, when it applied to use the name with the logo of a baseball player at bat, according to the trademark office of China's State Administration for Industry and Commerce.
Mr. Jordan doesn't hold a registered trademark for his Chinese name in China, but legal experts said that might not matter. Chinese law generally protects parties who hold registrations and who file early for them. But a provision says businesses can't freely use the names of famous people, even if the people don't have registered trademarks.
A Chinese court in December ruled for former NBA player Yao Ming, who challenged Wuhan Yunhe Sharks Sportswear Co. for using his name and the logo "Yao Ming Era" on its products. The company was forced to stop using the name and to pay damages of 300,000 yuan. Another NBA player from China, Yi Jianlian, last April prevailed over Fujian Yi Jianlian Sport Goods Co., when a court held that an "Individual's name right should be recognized as a prior right."
Mr. Yao and Mr. Yi are well-known athletes in China and legal experts said their cases might help Mr. Jordan's. Mr. Jordan will have to provide sufficient evidence that his fame preceded Qiaodan Sports' trademarks, said Horace Lam, a Beijing-based intellectual-property partner of law firm Jones Day.
That may seem easy for a star who won six NBA championships with the Chicago Bulls, starting in 1991, but "there's still great uncertainty," Mr. Lam said. Previous rulings may have sided with the other players because they are Chinese nationals, he said.
Qiaodan Sports likely will question why Mr. Jordan didn't file suit sooner, said Dan Harris, a partner at law firm Harris & Moure. "Chinese judges are not looking to shut a business down and lay off thousands of workers," he said. Mr. Jordan could settle with the company, allowing Qiaodan to use his name for a licensing fee, Mr. Harris said.
"Mr. Jordan is not interested in putting Qiaodan out of business, but he wants to reclaim his name and identity," said Josh Gartner, a spokesman for Mr. Jordan's legal teams at Jun He Law Offices and Fangda Partners. "He wants to make sure Chinese consumers understand the products they are buying and are not misled."
via: wsj
Posted by News Hump at 11:54