Ferrari  SPC-12 EPC Pictures, First look at Eric Clapton’s $4.75 million car, Up close with Eric Clapton’s one-off $4.75 million Ferrari SPC-12 EPC, The Ferrari was custom-made for the guitar god and took two years to build. This video captured in London a couple of days ago is about as close as anyone not related to guitar god Eric Clapton may get to this car: a one-off Ferrari built exclusively for Clapton. 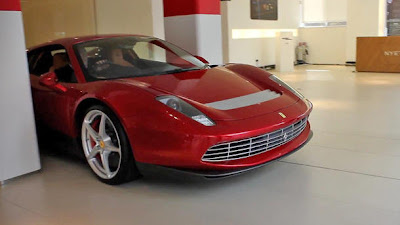 If you want to know why the world's wealthiest buyers chase Ferraris, here's one good reason.Dubbed the SPC-12 EPC (for special project car, number 12, Eric Patrick Clapton) the car began as a regular Ferrari 458, and retains its V8 engine, since there's not enough room in the frame to slide a V12. What makes it unique are the Pininfarina-designed styling changes that more strongly recall Ferraris of yore, from the Enzo to the 512 Boxer. There's also a bespoke interior and what appears to be a unique shade of Ferrari rosso paint. Total build time: two years. Total price tag, best anyone can tell: About $4.75 million. 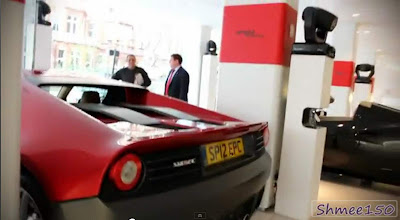 Clapton has collected Ferraris for decades, and put one that he nearly killed himself in on the cover of his "Slowhand" album. Among its many services for owners, Ferrari is willing to customize any part of its vehicles within its means; the Sultan of Brunei commissioned sedan and wagon versions of the Ferrari 456. 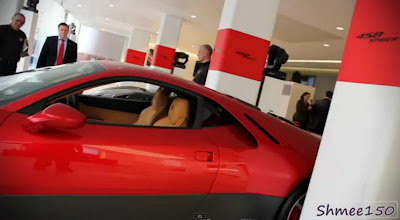 The SPC-12 EPC has been hanging around London before its delivery to Clapton, and this video captures the roll-out of the car into a transport. The videographer apologizes for the shakiness by saying it was recorded on the sly, but someday we hope to get a clearer view with a camera in a slow hand. 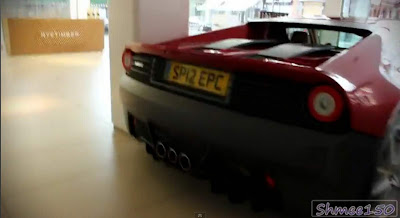 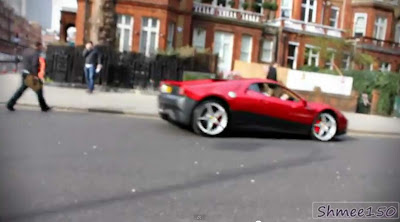