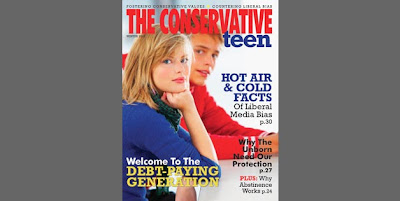 "This is the wrong way to introduce conservatism to young people," The American Conservative wrote. "And marketing the magazine to parents to purchase for their children is the wrong approach." So is letting the parents dress the cover models.
via: msn
Posted by News Hump at 12:32