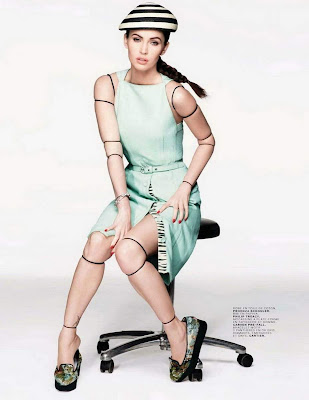 Megan Fox Jalouse Photo Shoot April 2012 Magazine Cover, Megan Fox covers the April 2012 issue of Jalouse magazine, Megan Fox graced the April Jalouse , taking part in a photoshoot called Presque Parfaite (almost perfect). Pictures of the beautiful actress, Alexi Hay (Alexei Hay). Her movie "Friends with Kids" was just released while another film in which she appears titled "The Dictator" is set for a May debut and, as part of the promotions, Megan Fox took over the cover of the April 2012 issue of Jalouse magazine.
The 25-year-old actress looks elegant in a Philip Treacy hat with an Emporio Armani vest for the Alexei Hay shot front page while opening up about topics such as her role in "Friends with Kids" and disliking of seeing her magazine and commercial shoots. 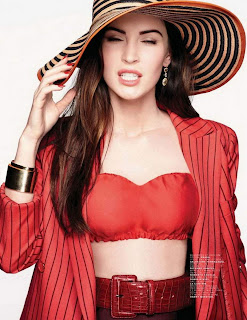 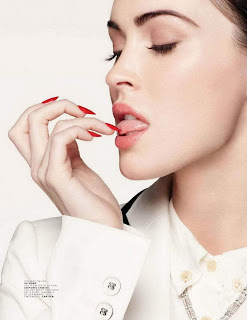 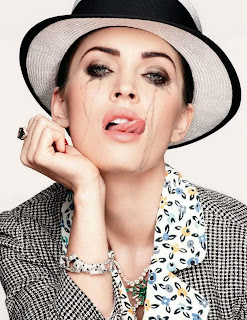 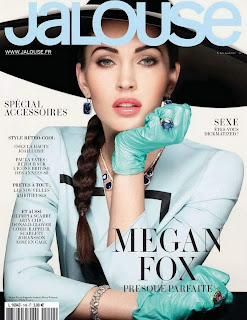 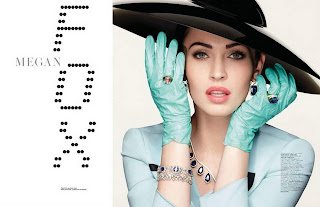 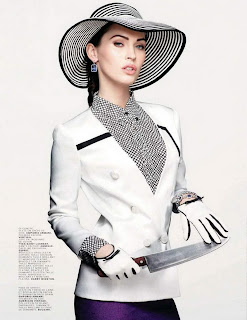 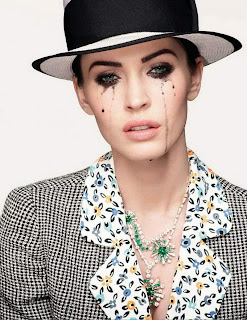