What drew J.Lo to a tattooed 24-year-old

What drew J.Lo to a tattooed 24-year-old 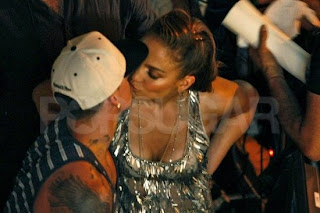 What drew J.Lo to a tattooed 24-year-old, Jennifer Lopez: Boyfriend Casper Smart Is a ‘Good Egg’, The singer is caught emotionally off-guard when meeting backup dancer Casper Smart. After her highly publicized split from husband Marc Anthony last summer after seven years of marriage, superstar Jennifer Lopez could have taken her love life in a few different directions.
She could have played the field, could have sworn off men for a few years, and could have even reconciled with Anthony, the father of her twin 4-year-olds (though he was a partner many thought was a mismatch from the start). 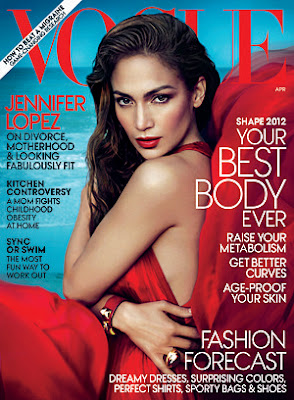 Instead the 42-year-old pop singer, movie actress, and reality show judge jumped right back into a monogamous relationship, and has had the public enthralled ever since thanks to the fact the guy, a backup dancer named Casper Smart, is just 24 years old. (Would a man in his 40s have caused this kind of frenzy if he dated a woman 18 years his junior?
Of course not. It's a double standard for sure, but we can debate sexism another time.) Since getting together with the very tattooed Smart a few months ago, the couple has been spotted everywhere together — from the "American Idol" set to Carnival in Brazil to a fashion shoot in Miami — but Lopez has stayed mostly mum on the subject of her new love. In the April issue of Vogue, however, she gives us a little insight into why she's so smitten. 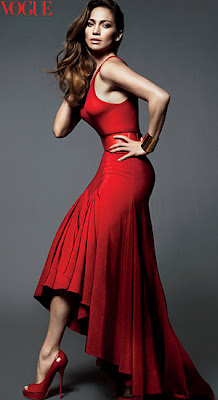 "He's adorable. But you already see that," she tells the reporter. When he mentions that Smart seems very loving and sweet, she agrees. "He is. He really is. He's a good egg. I don't want to talk about it too much. It's my private thing."
According to the writer, who got a peek at the two of them together recently, Lopez seems quite happy around her new main squeeze and the couple can't keep their hands off each other. The mom of two, it seems, has no problem relating to a younger man: "I don't feel older, and I don't feel like I look it, either, so I am just acting the same way I have always acted," she admits.
Her long-time manager Benny Medina, however, isn't afraid to share more: "She's not oblivious to her own reality right now, as in, 'Damn, I'm 42 with a 24-year-old. Why?'" Medina says in the article. "We talked about it yesterday. She was just like, 'It's not even the age, Benny. It's actually that I just came out of a relationship where I felt like I was kind of not getting what I needed. And I'm open! So somebody who steps in right now and is actually touching me in a way — it's very fertile ground!'"
The loyal Medina also had other concerns about Lopez's string of monogamous partners: "The thing that I always sort of wished is that she would give herself time to just naturally meet someone," he says, "instead of having nearly obsessive guys pursue her. The ease with which that obsession becomes a relationship I think sometimes works against her ability to have a real meaningful relationship."
It was long reported that Lopez's ex Anthony — with whom she still has an amicable relationship — was a controlling spouse who often attempted to run her career and get her to dress more conservatively, a far cry from her signature style. And despite navigating her way to an amazingly successful career and calling herself "Jenny from the Block," Lopez insists she's a softie at heart, describing herself as a "mushy romantic." "By nature I am not tough, believe it or not," she reveals in the interview. "No. I am a lover. And with my kids I am even softer."
Lopez, who has now been married and divorced three times and has had other public breakups with stars including Sean Combs and Ben Affleck, may have finally realized the key to making it work: "If you don't love yourself, you can't love anybody else. And I think as women we really forget that. All we want is to be happy, to feel secure, to feel understood," she explains.
"But you can't look for somebody else to do that for you. You think about it. . . . Oh, yeah, of course I care about myself. Of course I have good self-esteem. But when you really take a good look, you are not treating yourself like someone who does. And when you let people treat you in a way that you don't want to be treated, it's not their fault. It's yours."
The April issue of Vogue hits newsstands on March 20.
via: yahoo
Posted by News Hump at 11:43