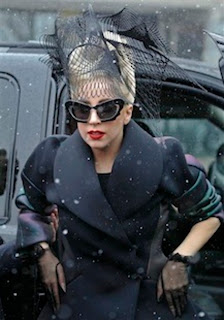 Parents protest Gaga's anti-bullying PSA, Lady Gaga Video Made by Kids Protested: Anti-Bullying Message Questioned, A civic group complains that the singer's "Pink Project 2012" campaign is offensive. Dozens of kids in baggy pink t-shirts emblazoned with the word "acceptance" bob up and down to Lady Gaga's "Born This Way" in a flash-mob style video, but a civic group from British Columbia called Burnaby Parents' Voice isn't buying the message.
According to the Burnaby News Leader, they are challenging the "legality and the educational purpose of posting students' images on the Internet, as well as the appropriateness of Lady Gaga as a learning resource in public schools." Parents' Voice was in the news last spring for its opposition to a school policy that was enacted to protect gay, lesbian, and transgendered students from bullying.
The video was produced for Canada's Pink Shirt Day, an annual event conceived in 2007 in response to a bullying incident in a rural Nova Scotia high school. When some students harassed a ninth grade boy and called him a "homosexual" for wearing a pink polo shirt, two seniors distributed 50 pink t-shirts for their classmates to wear the following day. The idea spread over the Internet and, in 2009, the province of British Columbia even named the last Wednesday in February Anti-Bullying Day.
Reportedly, parents in the Burnaby school system, which operates 49 schools in the metro Vancouver area, were well informed of the project and only about four families opted out. The kids involved, who are in grades three to seven, did not watch Lady Gaga's video of her hit song that opens with a surreal sequence of her giving birth and features provocative bikini-clad dancers. Local music and dance teacher Barbara Ishii pointed out that using a popular song made it more engaging for students, and that they were "thrilled" to see their video, which was posted on YouTube on Feb. 27.
The project's co-creator, an elementary school vice principal Darren Mitzel, explains that some of the schools invited to be a part of the video dropped out because they didn't like the song. "We…really made it clear these were the words, this is the song, so people could really make a solid choice on whether…they wanted to partake or not." A school in New York City who had seen last year's project on YouTube asked to participate.
"Will this project reduce bullying? Not likely," said Parent's Voice member Gordon World in a press release. "They claim this sends a 'positive social message' of acceptance of self and others. Not for overweight kids, anorexic kids, or those who don't dance well. Not those who resist their school's promotion of Lady Gaga's 'sex sells' worldview."
Lady Gaga, who was at Harvard on Wednesday to launch her Born this Way Foundation, is a galvanizing figure. Speaking about her organization, she said, "The goal is to challenge meanness and cruelty by inspiring young people to create a support system in their respective communities." The superstar has won numerous top music awards and was named one of Time Magazine's 100 Most Influential People In the World in 2010. "Born this Way" has become an anthem of gay pride.
While her ardent fans, the self-proclaimed "Little Monsters," see her as a pop goddess of self-empowerment and diversity, some religious groups have decried her use of Christian imagery as sacrilegious. Others complain about the overt sexuality in some of her songs and videos.
The Globe and Mail points out that in the school kids' video, no one is dancing in an inappropriate way; quite the contrary, the G-rated performance is infectiously unstudied and fresh faced. The fact is, the lyrics to the song "Born this Way" trumpet the message: "Whether life's disabilities/Left you outcast, bullied or teased/Rejoice and love yourself today/'Cause baby, you were born this way" and have already been embraced by millions of young people around the world.
Parent's Choice has asked Minister of Education George Abbott to ban Burnaby schools' Pink Shirt Day project and remove it from the Internet. As of March 1, the video is still up and school board chair Larry Hayes said in interview with Vancouver's straight.com, "I think sometimes parents are the ones that are hiding in their caves, and the kids are the ones out there in the schools, where there are lots of colors, lots of languages, and lots of orientations, and for the most part, [the kids] get along with everybody."
via: yahoo
Posted by News Hump at 07:53