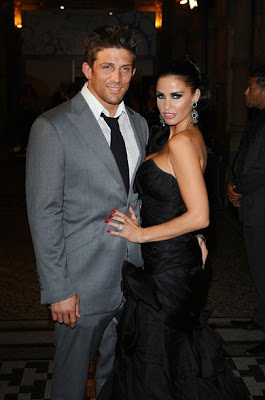 Katie Price divorce Alex Reid, Katie Price divorced her second husband Alex Reid today over his "unreasonable behaviour".A judge at the High Court in London granted the glamour model-turned-businesswoman a decree nisi in proceedings lasting a matter of seconds. Neither party was present for the pronouncement of the decree by District Judge Anne Aitken.
The couple married in Las Vegas in February 2010, shortly after cagefighter Alex finished a stint on Celebrity Big Brother.
They had been dating for around seven months when they tied the knot.
In January last year, the 33-year-old mother of three - also known as Jordan - confirmed she had separated from Alex.
She was previously married to singer Peter Andre, with whom she has two children.
via: yahoo
Posted by News Hump at 05:56