Harry puts his moves on display in Belize

Harry puts his moves on display in Belize 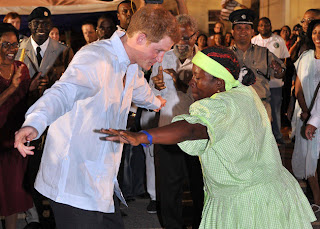 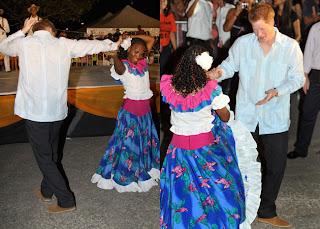 He's undertaking a week-long tour of the Commonwealth countries in Central America, South America and the Caribbean, including the Bahamas, Jamaica and Brazil.
The 27-year-old entered into the spirit of the celebration, getting down to the music on the newly named HM Queen Elizabeth II Boulevard. 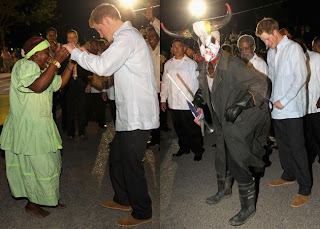 He held hands with local women as they taught him their dance style.
The Prince made plenty of new friends, some of whom wore very interesting costumes.
This being Harry, he of course also enjoyed sampling the region's drinks. 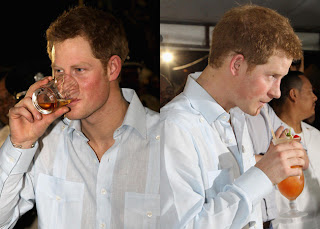 He told the crowd of 2,000: "Her Majesty has asked me to send her good wishes to you all.
"She remembers so fondly her visits to this beautiful realm and speaks of the warmth of welcome she received on her most recent visit in 1994. I'm only sorry she can't make it and you're stuck with me."
Harry added: "Though I am her grandson, I know I speak for everyone when I say, Your Majesty, you are an inspiration to us all." 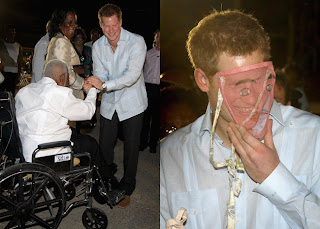 Before the trip, Harry's private secretary Jamie Lowther-Pinkerton said: "The Prince is hugely looking forward to representing the Queen and he will bring his own brand of enthusiasm and energy to every event."
via: yahoo
Posted by News Hump at 04:41