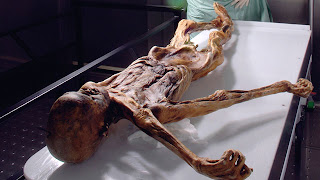 Genome map reveals clues about iceman, The iceman gets his genome mapped, Using a 5,300-year-old body, scientists reconstruct a crime scene for the world's oldest murder victim. Talk about a cold case: the corpse of the world's oldest murder victim, "Oetzi the Iceman," has undergone the ultimate investigation: a mapping of his complete genome. The findings were published in the science journal Nature Communications.
Here's what we now know: As reported by the BBC, the 5,300-year-old body, which was discovered frozen in the Alps in 1991, belongs to a man with brown eyes, who suffered from Lyme disease, was lactose-intolerant, and had type O blood.
Like many of his modern brethren, he had a predisposition to heart disease. And distant relatives : The iceman is most closely related to the island people of Sardinia and Corsica.
While scientists have yet to turn up leads on Oetzi's killer, in the past 20 years they have gained clues into the Tyrolean's life: He had cavities, was tattooed, and enjoyed a final meal of ibex before he was shot from behind by an arrow.
Oetzi bled to death in the snowy Alpine mountainside, which preserved his corpse for future study.
"We would like to know as much as possible about his living conditions, about himself, and also his cause of death," said Albert Zink , the lead researcher of the genome study and head of the Institute for Mummies and the Iceman in Bolzano, Italy. He added, "We really tried to reconstruct a crime scene as much as possible."
via: yahoo
Posted by News Hump at 06:50