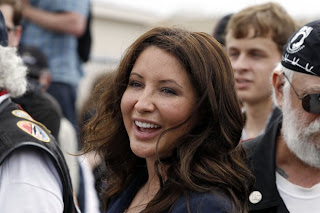 Bristol Palin to star in Lifetime reality series, Bristol Palin's home life in Alaska is the subject of a reality series starring the daughter of former vice presidential candidate Sarah Palin. Lifetime says it will air 10 episodes of "Bristol Palin: Life's a Tripp" later this year. The series will explore the pressures of raising her toddler son, Tripp, as she maintains her close relationship with the larger Palin clan, the network said.
The former first daughter of Alaska, Palin became one of the nation's most prominent single mothers after the 2008 birth of Tripp. Last summer, a reality series built around her was announced by the Bio Channel, but never aired.
In 2010, Palin was a competitor on ABC's "Dancing With the Stars." Last June she published a best-selling memoir.
via: yahoo
Posted by News Hump at 07:42