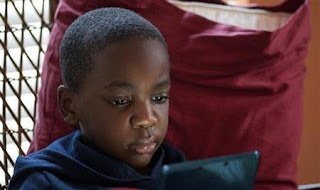 Boy's amazing tornado survival story, 7-year-old boy survives brush with tornado in North Carolina, Jamal Stevens, 7, is snatched from his bed and thrown 350 feet onto a highway embankment. A 7-year-old boy was recovering on Sunday after a tornado sheared off the walls of his North Carolina home, snatched him from his bed and threw him 350 feet onto the embankment of a nearby interstate, the boy's grandmother told Reuters.
Jamal Stevens suffered only minor injuries from the Friday twister that demolished his family's two-story home in Charlotte near Interstate 485, where Jamal was found by his family a few minutes after the twister struck his neighborhood.
"I've never seen or heard anything like that," said Patricia Stevens, recalling the moment the twister "sucked out the walls" of the house in the darkness. "It was a terrible sound. I never want to go through that again. I don't want anyone to ever go through that again."
At the house, whose second story was blown away, little was left except for a garage and an exposed internal staircase. Pink insulation and debris littered the yard, which abuts the embankment of the interstate.
Stevens said that she had been sleeping on a downstairs sofa the night the tornado hit while her daughter-in-law and four young grandchildren, ages 3 through 7, slept upstairs.
The lightning and thunder suddenly picked up, there was a terrible noise, and then her daughter-in-law started passing the children down the stairs to Stevens, starting with 3-year-old twins Ashley and Amber.
When the mother ran back upstairs to get Jamal and 5-year-old Ayanna, Stevens pulled herself and the children behind the couch.
"That's when the whole wall was just sucked out," Stevens said. "I was just sitting there and I just saw the walls get sucked out. I was like, 'Wait a minute, am I seeing this right?'"
She yanked open the bathroom door, thinking of the safety measures she'd heard on TV about gathering the children and crouching in the tub, but the door was all that was left.
"The bathroom was gone, and I was looking outside," she said, adding that she then covered the twins and raced to find Jamal and Ayanna, both of whom had been sucked out of the home.
Little Ashley was unscathed. Her twin sister, Amber, was found under the rubble in the living room, alive but injured. Ayanna had been hurtled into a neighbor's yard, and Jamal had been swept onto the embankment of the interstate, Stevens said.
The children were taken to Levine Children's Hospital where Jamal was treated and released, a hospital spokesman said. Two of his sisters were held for observation and released on Sunday.
"The kids this afternoon were in pretty good spirits," said Phil Whitesell, spokesman for the Carolinas Healthcare System, adding that their mother had been weeping earlier in the day.
"She was obviously very thankful that her kids were safe," he said. "I think they were all pretty anxious to be together."
Stevens was waiting on Sunday to see her daughter-in-law for the first time since the twister destroyed the home. Jamal's biggest concern, she said, was that his beloved Xbox video game console didn't survive the storm.
While they lost everything but the clothes they were wearing, Stevens said she was counting her blessings.
"People see the house and they keep saying they can't believe we got out," she said. "They just keep saying that."
via: yahoo
Posted by News Hump at 06:16