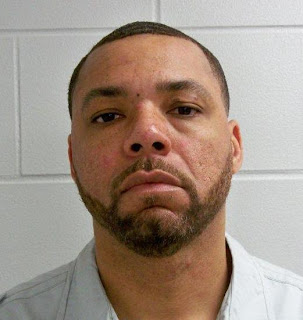 Dad brutally beats coach over punishment, Ind. basketball dad knocks coach unconscious because he forced daughter to run laps, Shelly Miller is facing serious charges after he allegedly got mad over what the coach made his daughter do. A Indiana father is facing serious charges after launching a brutal attack on his daughter's assistant middle school basketball coach for the coach's implementation of an incredibly simple and traditional practice: He made her run laps in the gym.
As reported by South Bend-based TV network WSBT, Michigan City, Ind. basketball father Shelly Miller, aged 37, attacked Michigan City (Ind.) St. Stanislas School assistant middle school girls basketball coach Jeffrey Yackus shortly after one of the team's daily practice concluded.
According to WSBT, Yackus had punished Miller's daughter and another player who argued with each other during practice. Yet the only punishment that Yackus meted out was making the two girls run laps in the school's gym.
It appears that pushed the elder Miller over the edge. When he went to pick up his daughter later, she told the elder Miller about her punishment and he immediately attacked Yackus and punched him in the face.
That first punch apparently leveled the assistant coach, knocking him to the ground, where Miller climbed on top of him and repeatedly punched him in the face and head until he was completely unconscious.
In fact, the incident could have been much worse had it not been for swift intervention by the St. Stanislas head coach, Robert Johnson, who pulled the parent from his colleague and helped transport Yackus to the hospital.

In the immediate aftermath of the incident, Miller was arrested on Class C felony battery charges and was held on $15,000 bond, which he posted shortly thereafter. Meanwhile, the school announced that his daughter and the rest of the family were no longer affiliated with the school in any way.

And to think, the entire incident started with a pair of girls basketball players running laps.

Incredibly, those who accompanied Miller to his arraignment defended his actions to a WSBT reporter on site.