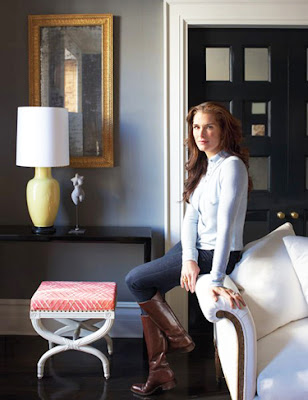 Brooke Shields's luxurious NY townhouse, Brooke Shields' stylish NY townhouse sums up her life, A painful childhood experience motivated the star to look for the perfect home for her family. Brooke Shields has packed more professional accomplishment into her 40-some-odd years than many people twice her age, though it helps that she started modeling as an infant, acting at nine (she was 11 when she played the title role in Louis Malle’s Pretty Baby), and that, at 14, she became the youngest cover girl in Vogue’s history.
But just as her beauty seems to deepen without dimming, Shields keeps reinventing herself, as an author, a producer, a product spokeswoman, and a mental-health advocate. Her latest venture is designing jewelry.
When you wear that many hats, you need a big place to hang them. Last July—shortly after Shields joined the Broadway cast of The Addams Family, as Morticia—she moved into a discreetly luxurious four-story Greenwich Village townhouse, where she gets to play the role closest to her heart: passionate homebody. 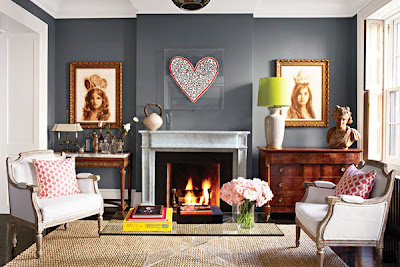 Shields and her husband of a decade, writer and producer Chris Henchy, have two daughters, ages five and eight, and on a recent morning she had just returned from dropping them at school (by city bus). She settled at her kitchen table with a cup of coffee and embarked on the story of a poignant homecoming.
Some years ago, Shields suffered a painful instance of dispossession. The Upper East Side townhouse she had shared with her mother, Teri, when she was growing up was sold, and its contents—a vast trove of memories—were put into storage. “I was heartbroken,” she says, “and I promised myself I would give my girls the kind of richly textured urban childhood that comes with sinking roots into a real New York neighborhood. I wanted to create for them, and us, an experience of home with a layered and resonant personal history.” 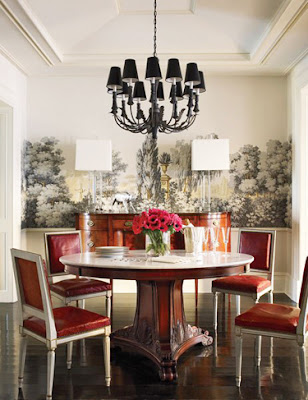 Shields, a real-estate romantic, toured brownstones all over Manhattan, she says, looking for “the one.” About four years ago she was shown a derelict (though landmarked) four-family brick house built around 1910, with a ramshackle ’60s addition. “It needed a complete gut,” she says, “but after a quick walk-through, I could see our future there. My bathtub in a niche by a window. Our daughters’ playroom on the top floor. A light-flooded, parlor-floor kitchen with a big hearth and a balcony. That kind of instant certainty is rare for me—I’m a Gemini—but for once, I was sure.”
The couple’s search for an architect, unlike their house hunting, was a one-stop, look-no-further encounter with MADE, a Brooklyn design/build firm adept at the innovative reconfiguration of historic buildings. “We loved the way they integrated tradition with modernism and warmth of character in an interior with discipline of form,” Shields says of the partners. “That clarity was especially attractive to someone like me, who grew up surrounded by clutter.” 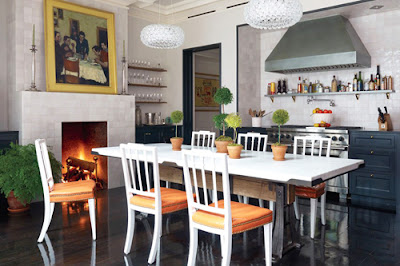 One of the team’s first excursions was to the hangar-size warehouse in New Jersey where Shields had stowed the treasure—and detritus—from her own many moves and from her mother’s decades as an obsessive comber of flea markets. “None of our houses was ever finished,” the actress says wistfully. “We had a million dishes and sets of silver for a fantasy Thanksgiving that never happened.”
MADE’s mandate was to salvage as much of the house’s original detail and structural integrity as possible, and while this bone-setting was under way, Shields and Henchy took their girls on a vacation to Harbour Island, in the Bahamas. Several years before, the actress had met David Flint Wood, a British designer who lives on the sandy getaway with model/hotelier India Hicks (a daughter of style icon David Hicks) and their children. The two families became inseparable.
Shields told Flint Wood that she hoped the house would “sum up her life. That’s quite a big brief,” he says dryly. Much of his sourcing was done online (“I could buy a 17th-century Italian secretary from a Los Angeles dealer while staring at the Caribbean”), but there were also fishing trips to the bottomless warehouse. “We had to make a fairly ruthless triage among objects of great sentimental value to Brooke, though she was,” he observes, “admirably stoic.”
Jolts of color and asymmetry may give the decor a downtown edge, but for the most part its patrician composure evokes Mayfair or Saint-Germain. “Our shared ideal was the sort of confident old house that has been lived in for generations,” Flint Wood concludes. Shields’s dream is that it will be.
via: yahoo
Posted by News Hump at 13:49