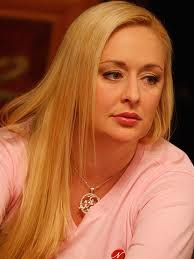 Mindy McCready's baby mix-up, Mindy McCready’s Strange Baby Mix-Up, The troubled country crooner claimed to be expecting twins but delivers only one child, a boy. Life has taken another unusual twist for Mindy McCready. The singer announced yesterday that she and her music producer boyfriend David Wilson welcomed a son, Zayne, on Monday. While that sounds like your typical celebrity baby announcement, there was a twist: McCready previously announced that she was expecting twins.
When asked by E! News to clarify why the troubled star delivered one baby rather than two, her rep said, "At the time of the initial announcement surrounding Mindy's pregnancy, in consideration of her size, Mindy was certain she was carrying twins; a misinterpreted sonogram seemed to support her feelings and excitement." As recently as December she spoke about being pregnant with twins.
This news comes just a few months after McCready made headlines for fleeing Florida with her elder son, Zander, who resides with her parents — his legal guardians. In November, she did not return the boy, whose father is her ex Billy Knight, after a scheduled visit. She violated a court order by taking him to Arkansas, where they were later found hiding in a closet. The boy was placed in foster care until the custody dispute was resolved in court.
McCready later said she was "happy" with the results of the child-welfare hearing, but wouldn't elaborate because the court documents had been sealed.
via: yahoo
Posted by News Hump at 09:08