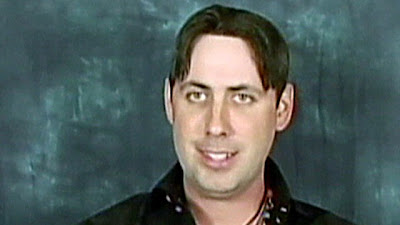 Michael Prozer Scam, TV 'millionaire' exposed as scam artist, 'Millionaire Matchmaker' Con Man Pleads Guilty to Bank Fraud, Michael Prozer made a splash on reality TV as a high-flying bachelor worth $400 million. A supposed mega-millionaire hotshot who appeared on the Bravo television series "The Millionaire Matchmaker" has been exposed as a Tampa, Fla.-based scam artist after federal prosecutors blew the whistle on him as a fraudster, leading him to plead guilty in court this week.
Michael Anthony Prozer III, who appeared on season two of the hit Bravo series that matches single wealthy people with potential spouses, pled guilty to conspiracy to commit mail, wire and bank fraud Tuesday, according to a written statement from U.S. Attorney Robert E. O'Neill.
Claiming to own a mansion, private jet and have enough money to buy love, or at least compete for it on national TV, Prozer, a father of two young boys, seemed to be a man who had everything except a woman to complete his lavish lifestyle.
Prozer told television audiences that he was the millionaire CEO of Xchangeagent Inc., an online payment service for people in South America. The lie he has been living for years completely unraveled Tuesday when he pled guilty to charges relating to a scheme to defraud Park Avenue Bank in Valdosta, Ga.
Xchangeagent Inc. recruited a financial specialist to aide in a scheme to defraud the bank by obtaining a short-term business loan purportedly secured by non-existent collateral, according to the Tamp Bay Business Journal.
"[Prozer] was able to bribe [the financial specialist] to demonstrate he had millions of dollars deposited in the bank. Criminal Defense Attorney Dana Cole told ABC News. That's what makes him convincing, is that he can tell the world, 'Hey you know the bank says I'm a multi-millionaire, so I must be,'" said criminal defense attorney Dana Cole, who has no connection to the case.
The duo produced fraudulent bank statements and documents in order to convince officials at Park Avenue Bank that Prozer had $21 million in deposits at a bank in Maryland. The scheme lost the Georgia bank about $3 million.
Now, three years after the reality-TV show that gave him national recognition, Prozer is behind bars facing a multi-year sentence in federal prison.
"Like many con men, the lie eventually unravels," Cole said. "People realize there's nothing there at the end of the day. And that's how you get found out, the money doesn't materialize, so lawsuits then turn into criminal investigations and those then turn into indictments."
The guilty plea came as a shock to court watchers, who were expecting a trial to begin. A jury had even had been selected.
"I think he figured that the government had the goods on him, his frauds had been exposed," Cole said, "and it was time to cut his losses and enter an early guilty plea."
via: yahoo
Posted by News Hump at 00:37