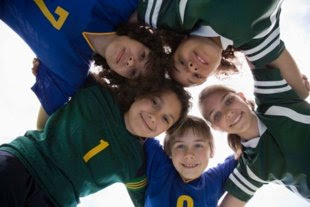 Controversy over schools' bold move, Can Kids Be Raised in a Gender-neutral Society? Sweden Thinks So, Swedish preschools have stopped calling kids "girls and boys" to promote equality. Imagine if a girl were the only female on a co-ed basketball team and nobody tried to force her to stop playing, or even cared. What if a teenage boy tried out for an all-female cheerleading squad and it went unnoticed?
Could gender truly be removed from the equation? It's unlikely. In the U.S., a girl being kicked off a baseball team because of her gender -- or a boy being allowed on a girls' swim team despite his gender -- makes national headlines. And in Sweden, attempts to create a more gender-equal -- or even gender-neutral -- country are causing a stir.
In an effort to support gender neutrality, Sweden recently added a gender-neutral pronoun, "hen," to the country's National Encyclopedia. Slate reports that several preschools in Sweden have stopped making references to the gender of their students. Instead of calling children "boys and girls," teachers are referring to students as "buddies." One school even stopped allowing free playtime during the day because "stereotypical gender patterns are born and cemented. In free play there is hierarchy, exclusion, and the seed to bullying." And the country just published its first gender-neutral children's book, "Kivi och Monsterhund."
The objective of creating a society that focuses on "hens," of course, is to allow children to grow up without being limited by gender stereotypes. "It's a laudible goal," Stuart Lustig, M.D., a child psychologist at the University of California, San Francisco, tells Shine. "But the notion of gender is deeply ingrained," he says, and depends on how children are socialized.
Elise Claeson, a columnist and a former equality expert at the Swedish Confederation of Professions, has been quoted as saying that the term "hen" could even confuse children because it introduces an "in between-gender."
So what happens when gender neutrality is applied to sports? It depends on the type of athletic activity.
Last fall, the Swedish Bowling Federation initiated a plan to make bowling gender neutral by getting rid of male and female tournaments. Michael Gervais, Ph.D., a licensed sports psychologist for DISC Sports & Spine Center, tells Shine that some sports require a level of technical proficiency while others require a level of physicality for success. Bowling falls into the former category, where technical proficiency is necessary so gender doesn't play much of a role.
A similar situation might be seen in football, where a female wants to the placekicker on a high school or college team. "It's a technical proficiency, where strength doesn't impact success." But if you examine gender neutrality in a physically aggressive sport, like boxing? "I can't imagine boys and girls would fair well at a certain age," says Dr. Gervais. When kids are younger and hormones haven't haven't kicked in, gender may be a non issue but "when they do, the power and strength of the male anatomy would create problems in a gender neutral environment."
And we can't forget the social implications, where boys are raised to not hit girls. "America has a hard time with young boys fighting young girls," Dr. Gervais tells Shine.
Dr. Lustig adds that the challenges of gender neutral sports is dependent on the age group. Early on, when kids are perhaps six years old through 12 years old, children may be more comfortable around kids of the same gender. But issues become more obvious for teens playing contact sports. "Contact with the opposite gender could be fraught with complicated emotions," he says.
via: yahoo
Posted by News Hump at 12:45