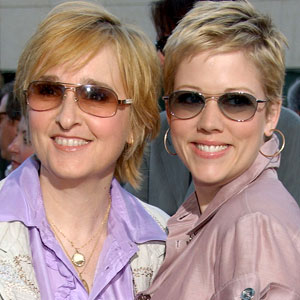 Melissa Etheridge ex's staggering money demand, Melissa Etheridge’s Ex: I Can’t Live On $23K A Month, Tammy Lynn Michaels receives $23,000 a month from the rocker, but she wants a lot more. Twenty grand a month or so probably sounds like a nice payout to most average divorcees out there. However, Melissa Etheridge's ex-partner, Tammy Lynn Michaels, isn't one of them. The 37-year-old former actress has filed documents claiming she cannot survive on the $23,000 Etheridge is granting her monthly in child and spousal support.
So, how much money does Michaels need, exactly? Well, according to the paperwork, she explains she became accustomed to a monthly budget of $128,000 during her nearly 9-year relationship with the iconic rocker.
Michaels also noted that she "has limited income and virtually no savings," while Etheridge "has extensive resources at her disposal and a tremendous earning capacity."
The couple weathered an acrimonious split in April 2010 and share custody of their 5-year-old twins--daughter Johnnie Rose and son Miller. Michaels' most recent court filing also seeks to reduce Etheridge's custodial time with the children, claiming that Etheridge is teaching them to be "distant and withdrawn" to her.
Etheridge and Michaels's relationship was positively publicized for many years, starting with extensive coverage of their Malibu commitment ceremony in 2003. When Etheridge was diagnosed with breast cancer a year later, she cited Michaels as a tremendous source of support during her battle with the disease. After her recovery, Michaels gave birth to their twins in 2006, using an anonymous sperm donor.
Etheridge additionally has two other children by her former partner Julie Cypher, whom she separated from in 2000. Both were conceived via a sperm donation from rocker David Crosby, of Crosby Stills & Nash fame.
Etheridge is currently in a relationship with Nurse Jackie creator Linda Wallem, whom she reportedly began dating just months after her split with Michaels.
via: yahoo
Posted by News Hump at 11:36