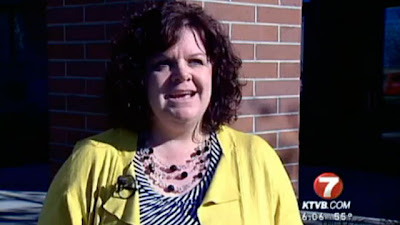 Woman's wedding ring found in sewer, Wedding Ring Found After Toilet Flush, An Idaho woman is reunited with her diamond band just in time for her 25th anniversary. An Idaho woman was reunited with her diamond wedding ring just in time for her 25th anniversary. Mechelle Rieger, 44, set her wedding ring on a privacy wall in her bathroom 18 months ago as she stood up to flush the toilet.
"It was slow motion. That ring bounced off, landed in the toilet just as it was flushing down and it just took off," she told ABC News. "It was long gone."
Rieger said her husband took apart the toilet and pipes, but her ring was nowhere to be found. The next day she called the Kuna, Idaho, city offices.
"I was just hysterical and the guy said my chances of getting it back were very slim," she said.
Rieger's $6,000 ring was insured and she was able to get a replacement, but it just wasn't the same.
"I started out with a tiny one-third diamond cut ring when I got married and I gradually updated it and this ring was it," she said.
Sewage workers found the ring this week and returned it to Kuna City Hall.
Local news stations picked up the report and Rieger received an excited call from a friend telling her a ring was found in her old neighborhood.
After printing her original appraisal report and a photo of the ring, Rieger visited Kuna City Hall. The ring was a match.
"Poor thing is in bad shape but the diamonds are still as sparkly as ever," she said. "I'm hoping I can get it wearable before my anniversary."
via: yahoo
Posted by News Hump at 23:54