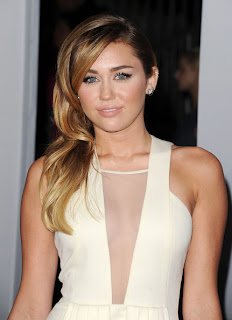 Miley Cyrus reveals personal health issue, Miley Cyrus and Gluten 'Allergy:' What Does It Mean?, The star addresses her special diet after photos surface of her appearing very thin. Miley Cyrus recently joined Gwyneth Paltrow, Oprah Winfrey, Zooey Deschanel and millions of other Americans in jumping on the gluten-free diet bandwagon.
“For everyone calling me anorexic I have a gluten and lactose allergy. It’s not about weight it’s about health. Gluten is crappp anyway,” the singer/actress told her Twitter fans on Monday after photos surfaced of her looking thin.
An Epidemic of Gluten Intolerance
Studies show that exposure to gluten—a protein found in barley, wheat, rye, as well as everyday products (including some brands of lipstick, vitamins and lip balms) is making more people sick than ever before.
A recent study using frozen blood samples taken from Air Force recruits found that celiac disease—a chronic autoimmune disorder triggered by gluten—is five times more common today than it was in the 1950s. Another recent report shows that rates of this debilitating digestive disorder have doubled every 15 years since 1974.
And for every person with celiac disease, researchers estimate that at least six to seven others suffer from gluten sensitivity, a milder condition. The soaring rates have sparked hot medical debate about why more and more Americans are now reacting to foods they used to eat with no problem.
A Misunderstood Malady
Although Cyrus considers herself “allergic” to gluten, medically speaking, there’s no such thing as gluten allergy. Contrary to popular belief, celiac disease and its close relative, gluten intolerance (also called gluten sensitivity) are not food allergies.
Instead, they are autoimmune conditions in which the body treats undigested gluten protein like a foreign invader. Emerging research is beginning to better differentiate celiac disease and gluten intolerance, now thought to be a spectrum of disorders that spark such symptoms as bloating, belly pain, gassiness, constipation, nausea, and in many cases--including Cyrus’--lactose intolerance.
Often Undiagnosed for Up to 10 Years
Recent estimates suggest that about 6 percent of Americans suffer from gluten sensitivity—and many of them go undiagnosed for ten or more years. That’s because symptoms can vary from person to person, with some people experiencing non-intestinal maladies like fatigue, headaches, mental fog, and even bone or joint pain.
When people with the disease eat foods that contain gluten, a damaging reaction occurs in the lining of the small intestine, blocking its ability to absorb certain nutrients. This can lead to vitamin deficiencies and malnutrition, even if the person is eating a seemingly healthy diet.
Potentially Serious Complications
Because celiac disease robs the body of vital nutrients, people who have it are at increased risk for anemia and osteoporosis. People who have celiac disease and don’t eat a gluten-free diet also face a higher threat of bowel cancer and intestinal lymphoma.
The Air Force Base study found that during 45 years of follow-up, those with undiagnosed celiac disease were four times more likely to die than were people whose disease was diagnosed and properly treated.
Why Are Rates Rising?
One theory is that today’s grain-based foods contain more gluten than they did in the past. Another is that kids are exposed to gluten at an earlier age, contributing to increased risk.
A frequently proposed explanation is the “hygiene hypothesis,” the theory that we are too clean for our own good, resulting in weaker immune systems because we’re not exposed to as many diseases during childhood.
Does a Gluten-Free Diet Promote Weight Loss?
While Cyrus attributes her weight loss to going gluten-free, and Oprah has also tried that diet, it’s not necessarily a fat-burning miracle. Many gluten-free foods are actually higher in calories than their gluten-containing counterparts and therefore lead to weight gain, reports Christina Tennyson, MD of the Celiac Disease Center at Columbia University in New York City.
“One of the pitfalls is that these foods are often highly processed and high in fat. Some ingredients that are used are low in fiber, such as white rice flour, tapioca and corn starch, causing constipation,” Dr. Tennyson says. To avoid these problems, people with celiac disease should work with a nutritionist, she advises.
What’s the Treatment for Gluten Intolerance?
Although there’s no cure, symptoms can be effectively controlled through dietary changes to avoid all foods with gluten. However, if you think you might have celiac disease or gluten intolerance, don’t start a gluten-free diet until you’ve been tested for the condition, since eliminating gluten can cause misleading test results, cautions Dr. Tennyson.
Because the disease can also spark vitamin and mineral deficiencies, patients may also need supplements. For people with severe small intestine inflammation, doctors sometimes prescribe steroids.
Does a Gluten-Free Diet Have Any Health Benefits If You don’t Have an Intolerance?
Possibly. In a randomized study in which neither the researchers nor the participants knew if the foods they were eating contained gluten or not, 68 percent of people who thought that a gluten-free diet improved their GI symptoms reported worsening of their symptoms when they were fed gluten-containing foods without their knowledge.
However, the study only looked at 34 patients. Use of gluten-free diets for other conditions, such as autism, is highly controversial.
via: yahoo
Posted by News Hump at 13:46