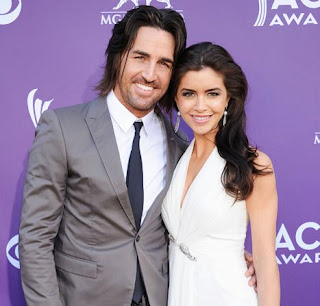 Jake Owen's surprise onstage proposal, Country Star Jake Owen Is Engaged!, The crooner gets down on one knee and asks girlfriend Lacey Buchanan to marry him in front of fans. Sorry ladies: Country star Jake Owen is officially off the market! The 30-year-old crooner had a big surprise for his girlfriend Lacey Buchanan when he took the stage at a charity performance in his Vero Beach, Fla., hometown Saturday: A marriage proposal.
Getting down on one knee when singing "Don't Think I Can't Love You," Owen asked Buchanan to be his wife, Taste of Country reports, but the proposal was so spontaneous that he didn't even have a ring.
"I'm a happy man. Life is complete," Owen tweeted after Buchanan said she'd be his wife.
The couple met on the set of Owen's video for "Eight Second Ride." Buchanan also appeared in his video for "Barefoot Blue Jean Night."
via: yahoo
Posted by News Hump at 14:29