Student breaks up with former teacher

Student breaks up with former teacher 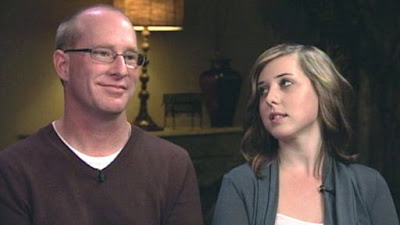 Student breaks up with former teacher, California Student in Relationship With Teacher Moves Out After Sexual Assault Arrest, Jordan Powers, 18, ends her relationship with James Hooker, 41, after his arrest on sex assault charges. A California student who left school, her family and her friends to live with her teacher boyfriend has ended the relationship after the teacher was arrested on charges of sexually assaulting another girl 14 years ago.
"He called me from jail and yes, I told him that we're done," Jordan Powers, 18, told ABC News in an exclusive interview. "I lost everything for this guy. I lost my senior year. I gave up all my friends at high school because they didn't agree with me."
James Hooker, 41, was arrested in Modesto, Calif., on Friday after police discovered he had an an alleged sexual relationship with a 17-year-old student in 1998.
Hooker has been under investigation for his involvement with Powers, his former business class student, with whom he appeared on national TV programs earlier this year to profess his love.
Hooker was charged with one count of oral copulation with a minor and is in jail, according to a statement from Modesto police.
"He told me that he met her online and he hung out with her just as friends and then he went to her house and she came out of the bathroom naked and he only touched her boobs and her legs," Powers said. "He was freaked out so he left and went home. He said nothing else happened, but all of that was a lie."
Despite the charges, Powers said nothing happened romantically between her and Hooker prior to her 18th birthday.
The teen said she believed the woman came forward now to help her see the truth about Hooker and rescue her from the relationship.
"My heart dropped. I felt betrayed. I just have a gut feeling there are other girls," Jordan Powers said.
Her mother, Tammie Powers, has publicly tried to end the romance from the beginning and expressed relief at Hooker's arrest.
"It's my contention all along that he used authority and that he's a predator," she said.
But a reconciliation between mother and daughter isn't happening just yet.
Jordan Powers said she is staying with a family friend in another state while she recovers from her heartbreak.
"How could he lie to me for all these months and look me in the eye and tell me he loves me?" she said. "I don't know how someone could have such a cold heart."
via: yahoo
Posted by News Hump at 14:12